Sleep. I need it.

I have piles of laundry. A kitchen sink filled with dirty dishes. A dishwasher filled with clean dishes. A house in disarray, that's in need of a good vacuuming and mopping. Two dvrs loaded with tv to watch, despite overlooking the premiere of new fall shows. My allergies are giving me hell for the first time in ages. Helps none that I exposed myself to dogs, smoke, hay, and dust much of the weekend. I had little sleep this weekend, instead, I spent much time playing and chasing after a three year-old and sneaking out during early morning hours to play at the casino with my sister. The start of the work week came much too soon this morning. I did not want to get out of bed. All I wanted was SLEEP. I have a to do list a mile long, but I'm fairly certain tv will win out tonight. That's if I don't fall asleep first. 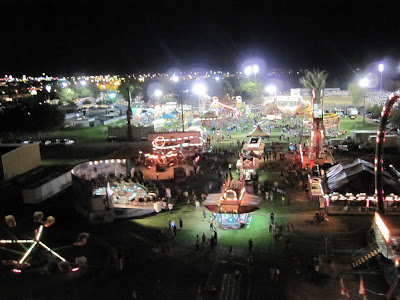 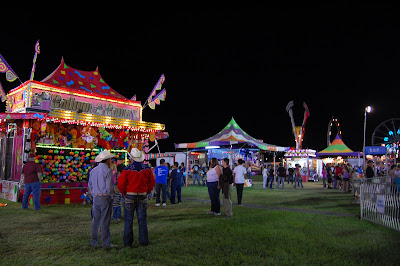 This weekend we went to Pahrump's Fall Festival. I rode all sorts of carnival rides with Nicky. We had a lot of fun. But goodness it was pricey. Had I known how many tickets we'd need, I would've gotten us two all-day wristbands for $50; it would've only been $10 more. I haven't been to a carnival in 15 years so I suffered a bit of sticker shock. It was worth every penny though to see his excitement and hear his laughter. 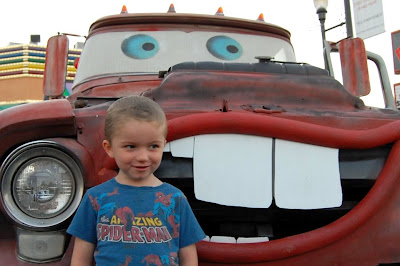 We also went to Henderson's Super Run to check out the classic cars. The show was even bigger that last year. Amy made her first bet on football at the El Dorado. Too bad she didn't pick a winning parlay.

We had a number of meals out. Lucille's BBQ, where we ran into the world's slowest server. At the least the food was good. Then, quick bites at Chipotle and Jersey Mikes.

Amy and I went to Orleans after Frank and Nicky went to bed since we've haven't had the chance to get out. We played slots and keno, since the table games were crowded and limits were higher than usual. We had some fun. People watching was interesting, there must have been a body building competition or convention in town. The family also played at Pahrump's casinos. They tried their luck at craps, roulette and blackjack. Amy has picked it all up, but hasn't been fortunate enought to get on a good run, and my mom still doesn't grasp any of it. Some people are meant to play slots. 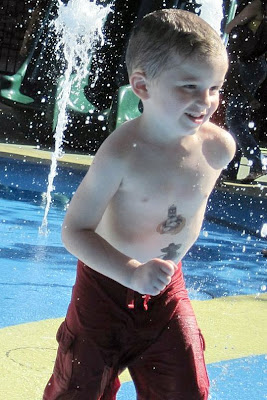 We did a little swimming, and took Nick to the splash pad at Town Square's park. In between, Nicky and I played cops. He loves to get the bad guys. We had so many arrests it's unreal. It's exhausting, but he's too cute to say no. I did try to encourage breaks and attempted to entice him to do other things, but no such luck. We had to get the bad guys. At most, I was able to convince him to stop for donuts and coffee. Those gave my feet a minute or two rest.
Posted by Kellee at 1:30 PM