By the time Friday rolled around, we were wearing down. Our bodies ached from cold, our feet throbbed, our knees creaked, and we growing tired of average or overpriced food. Yet, we were sure things would turn around by hitting Chinatown and Little Italy. Two places we had really looked forward to visiting. We found Chinatown first. It was underwhelming and overwhelming all at the same time. The sidewalks were smaller and more crowded, ladies would whisper “purses and Tiffany jewelry” as I walked by; it was so shady. I mine as well had been trying to score drugs. Restaurants were few and far between.

We found Little Italy in no time. We were anxious to find delis with heros and such, but we came up empty. At best, places advertised Boars’ Head meats. We get that at home, and I’m not a fan. We tried to dine at a few restaurants but it was too early, they hadn’t opened yet. We did try ravioli from a deli across from Ferrara’s Bakery. 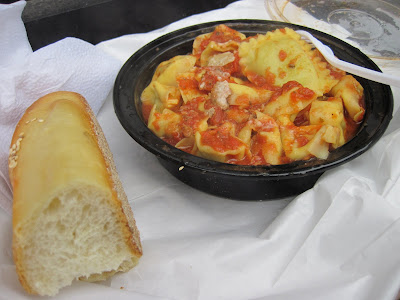 It was a shame that it wasn’t very good. Frank loves cannolis so we stopped at Ferrara’s to try theirs since they came highly recommended. 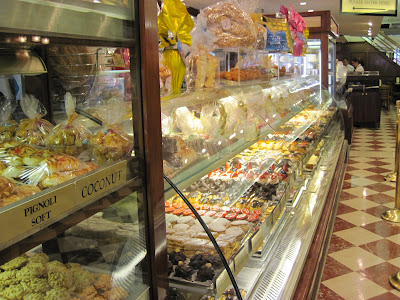 It was a bust, too. Giving up on Italian, we sought out Chinese. A number of places had ratings below an “A” displayed in the window. We couldn’t bring ourselves to try them. We searched for Prosperity Dumpling. I heard it was very good. When we finally came upon it we were happy to see that it earned an “A”. It’s a little hole of a place, too. Being that I questioned its cleanliness, I cannot imagine the condition of “B”, “C”, and “pending grade” rated places. I ordered fried dumplings and wonton soup. 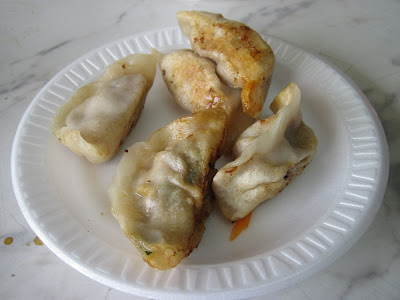 It was dirt cheap, well, by NYC standards anyway; the bill was less than $10. The dumplings were really good. The wonton soup was average, but it was nice because it warmed me from the inside out. We wandered around some more, stopping at Starbucks to warm up before heading back on the subway. We didn’t get far, because my Metrocard went haywire. It wouldn’t let me through the gates; it kept reading “Already used” every time I swiped it. We were forced to waste time, and try again later. 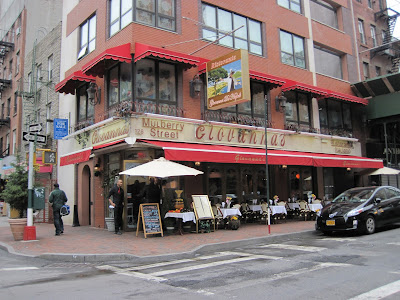 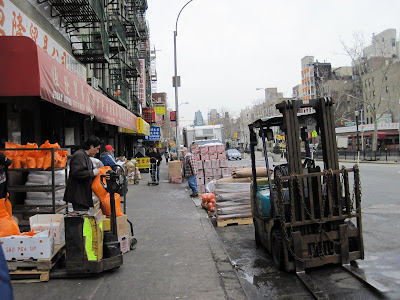 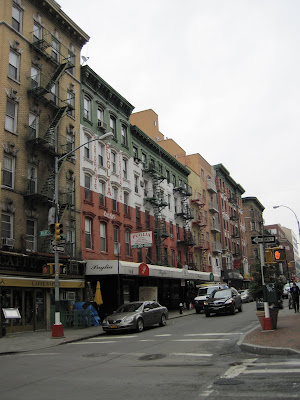 Whatever issue my Metrocard had previously resolved itself. Thankfully.

Next, we were Brooklyn bound. We were determined to find a good deli. I had one noted with top notch ratings, we were on a mission to find Graham Ave Meats & Deli. When we got off the Subway, I spotted a White Castle. Frank had to go. He ordered a chicken rings and double jalapeno cheeseburgers. He was quite happy. I passed, I learned my lesson in Chicago in February. Walking around, we liked what we saw, we were digging Brooklyn. We found the deli, but got turned off from the outside. We went to a few others in the area and they all had Boars' Head meats. So, we went back to Graham Ave Deli and ordered a Godfather and eggplant stuffed mozzarella. As it began to snow, we found a bench and dug in. 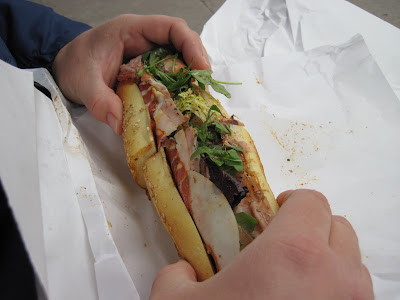 We were met with utter disappointment. We were determined that good food existed in Brooklyn so we were going to find it, but being rush hour on the Subway, it was not in the cards right then. It was just too crowded and we knew it would take forever and day.

We went back to the hotel. We were beat. I laid in bed and searched for restaurants. I was determined to come up with a new list of places to try, because we were striking out. Terribly. I came up with a list. Shake Shack was nearby and it had great reviews. While it wasn't something we'd usually seek out (we can get great burgers at home), I thought it might be just what we needed to start fresh.

Frank agreed and we walked over, we entered only to walk right back out. It was mobbed. It didn’t strike us anything special so we bailed. Shortly, thereafter, I received a couple more recs for Shake Shack on Facebook after complaining about our poor luck. Maybe we’ll give it another shot? Just not now.

Instead, we hightailed it to Chelsea. We thought we try a happening untraditional NY pizza place, Artichoke Basille’s. We liked the feel of Chelsea off the bat. We were hopeful. When we arrived, they conveniently had a table available for two; we were sure things were turning around. We ordered beers to start; I couldn’t resist trying their Artichoke beer. It was refreshing with a light citrusy taste. Then, a meatball roll and Sicilian wedge followed. 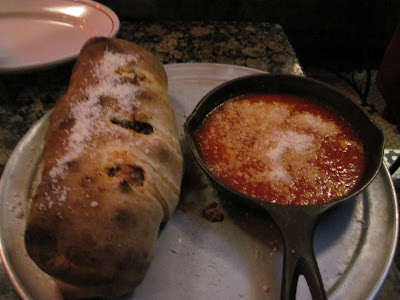 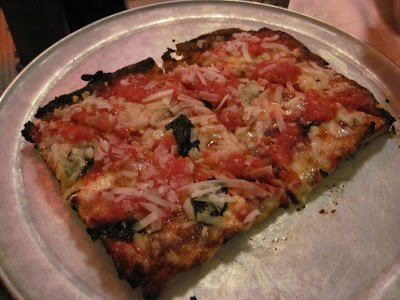 The roll was like what I know to be Stromboli. It was surprisingly tasty. We both enjoyed it. Neither of us liked the Sicilian slices, however. Their signature Artichoke pizza looked great; we should’ve given it a try even if Frank doesn’t like artichokes. After dinner we searched for a bar in Chelsea, but everything was trendier and more expensive than what we wanted. So, we hopped on a bus uptown back to the UWS. We stopped back at the Amsterdam Alehouse. It was a much different place on a Friday night. It was packed to the gills. We were able to get a table. We ordered drinks and an order of deep fried mac n cheese. The beers hit the spot, but the mac n cheese was hugely disappointing. We bailed soon after. Feeling defeated, we returned to the hotel.
Posted by Kellee at 4:07 PM

Wow, what a bummer. I kept expecting the next sentence to tell me that you finally found a gem of a place to eat. No such luck.