The next morning we set out for H & H Bagel. It smelled wonderful when we walked in, we waited in line and a few minutes later we had an Everything and Sourdough bagel in hand. Sadly, the Everything bagel was terrible in every way, but mostly dry and stale. The Sourdough was more tender and warm, but it was still very dry. These made me wish I had gone to Einstein Bagels, how sad is that?

Next stop was the Bronx; we were on our way to Yankee Stadium for afternoon game Yankees vs. Twins. It was a nice stadium, but being brand new I thought it’d be a little more special. However, the focus is on the game, not the atmosphere. I can appreciate that. It was the coldest baseball game I’ve attended in years, if not ever. We ended up moving from our seats to the other side of the park to get a break from the wind. When we visit ballparks we like to eat something unique to that city/park, at Yankee Stadium it was knish, which reminded me of deep fried mashed potatoes. I wasn’t a fan. We also bought a hot dog. Again, no good. It was the driest dog that ever passed my lips. Yankees won 4-3. 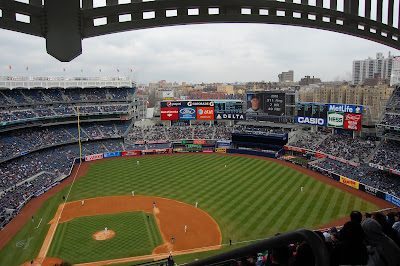 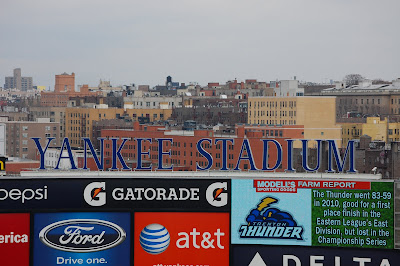 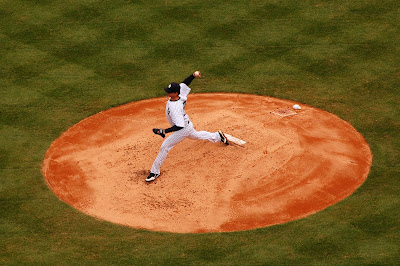 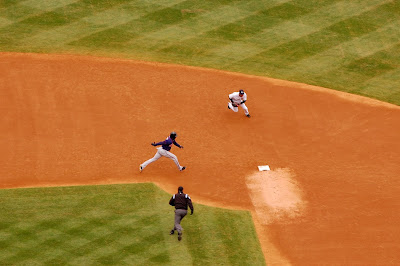 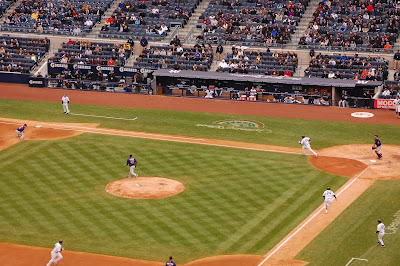 After the game, we grabbed a bite nearby at the Feeding Tree. We shared a yummy plate of jerk chicken. 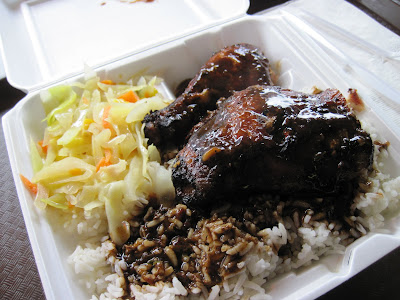 Meanwhile, I received a call from wd50 they had an opening and could seat us for dinner at 6:30. I was pleased. Although, it didn’t leave us much time to change and hop over to the Lower East Side. Fortunately, time was on our side and we made it to the restaurant with a few minutes to spare. We glanced over the menu and decided we’d go big with the chef’s tasting menu for $140. It would be our most expensive meal to date, but we rolled with it.

Addictive sesame wafers got us started. Then, the unique feast began, beginning with Tai snapper, with mango, cashew and espresso. It was fresh and flavorful. Next was everything bagel ice cream with smoked salmon threads and crispy cream cheese. Yum! Who says you can’t play with your food? Foie gras with a passionfruit center followed. Frank liked this course the least. I loved it. My least favorite dish came next, poached egg with edible shell Caesar dressing and pumpernickel. The flavors were all great; it’s just that I’m not fond of poached egg. Frank did love it. King oyster udon, sweetbreads and banana molasses came next. The udon noodles were all mushroom. You’d never believe it if it weren’t for the odd texture. The scallops with bone marrow parsnip and black sesame was quite good, it was only the parsnips that we didn’t like. The beef and béarnaise gnocchi was a fun twist on a steakhouse classic. Then, the squab breast, cheese pumpkin and cornbread filled with pickled cranberries was a delicious surprise. Next, came desserts. Buttermilk ice cream with kumquat, orange blossom and cumin was first. It was refreshing and scrumptious. Second, was grapefruit curd, Campari, hibiscus and sorrel. It was our least favorite, but it was still good. Soft chocolate with beets, long pepper and ricotta ice cream was third. It was very good, as well. Then, to finish, we had cocoa packets with rice crispy treats. Both were so yummy. I wanted more for the road. Service was really good. Plates came from the kitchen at a nice pace, until the restaurant filled. We had long lulls between our last desserts. I will add that it was really neat to see Wylie in the kitchen. I’m happy we were able to give wd50 a try. It really was a fun experience. Nothing was the best thing I ever ate, but it was a joy to be fooled and surprised with each bite. 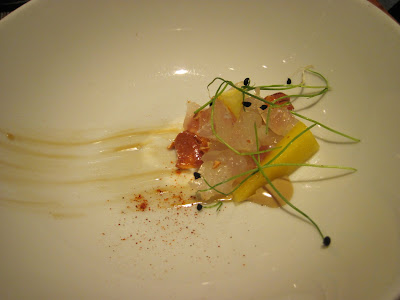 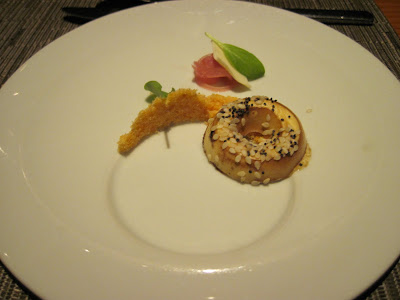 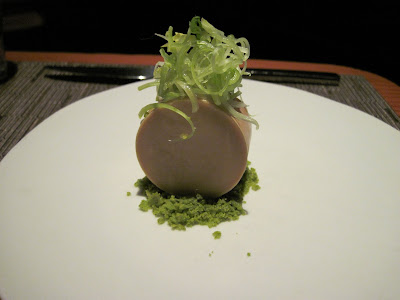 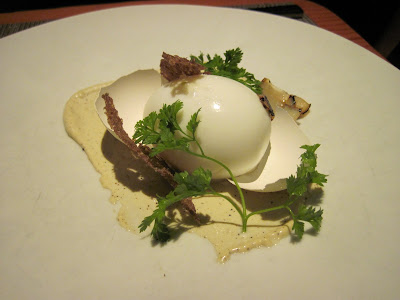 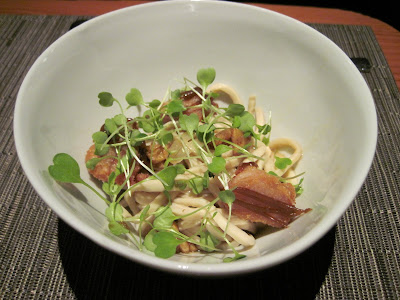 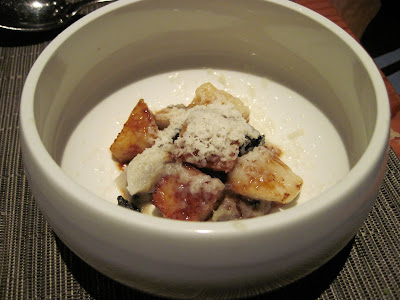 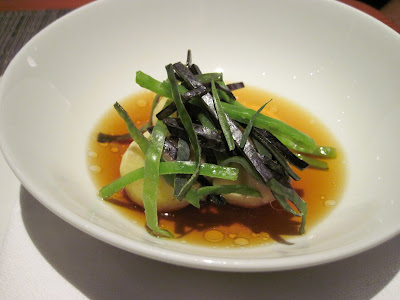 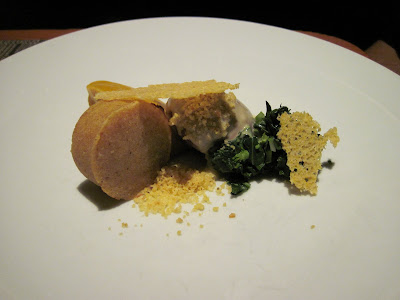 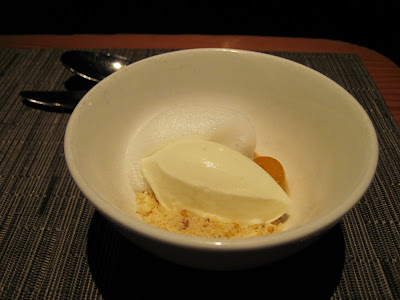 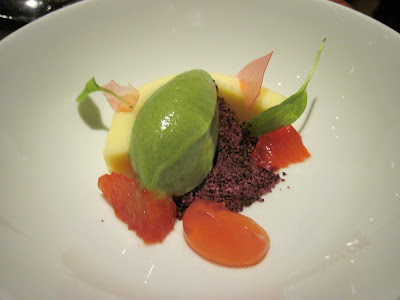 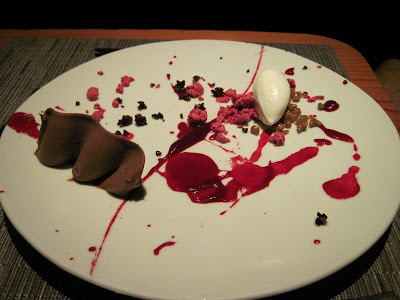 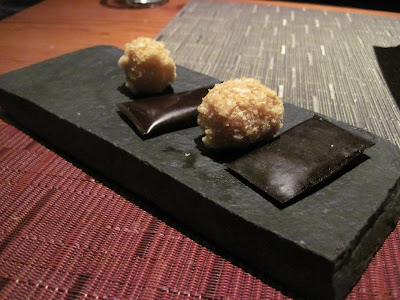 After dinner, we went to Times Square. 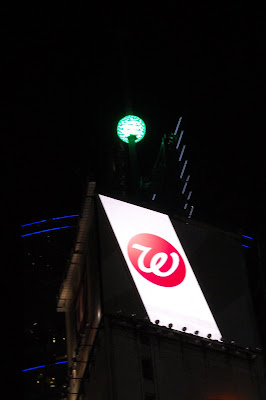 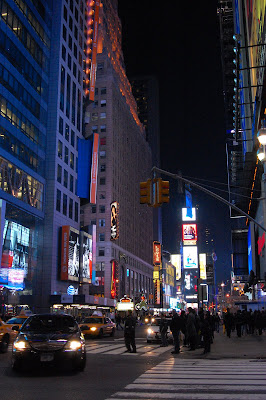 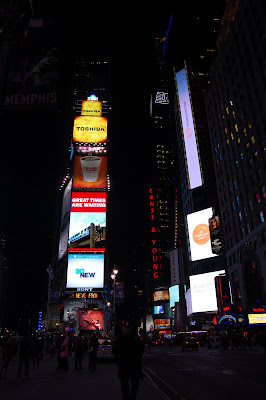 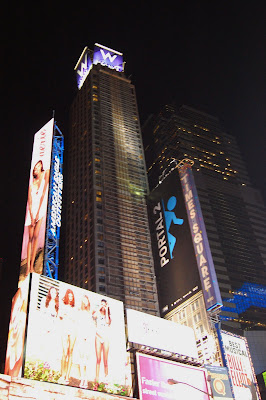 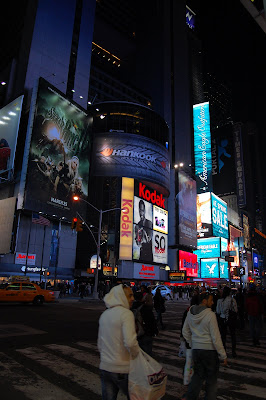 I snapped some photos and we thought about seeing a comedy show. None caught our interest so we ended up having some roasted nuts and hitting O’Brien’s Irish Pub. We stayed for a beer, but we weren’t feeling the vibe. We headed back to the UWS. I noticed Stand Up NY out of the corner of my eye. We walked over to check it out. A show was about to begin. We paid $15 each for admission and we entered the showroom. We ordered two Stellas they were ten bucks each, ouch! The show got underway. It had a slow start and an even slower finish. Two comedians were decent. The others were really rough. They couldn’t win over the crowd either. It was a tough audience. Most were from the UK and Scotland. One guy really ticked off the UK crowd. It was rather amusing. Not because the joke was funny, but because they were really riled up over it. When we got our check near the end of the show, we learned there was a $15 drink minimum per person. We were forced to pay the difference and we were charged 20% gratuity on the balance due. We were totally taken. To soften our bitterness we ended the night with a stop at Europan for a couple slices. They hit the spot.
Posted by Kellee at 2:37 PM