We were so sore Saturday morning we needed a break. Our bodies simply could not handle much more. My left foot was so swollen my shoe barely fit. I ended up buying Band-Aids for Frank to tape his toes. We were a bit reluctant, but we ventured out. We decided to try Shake Shack. It was very busy, but less packed than Friday night. We beat the lunch crowd so we were able to score a table right away. I had a cheeseburger, Frank had a Shack burger and we split an order of cheese fries. 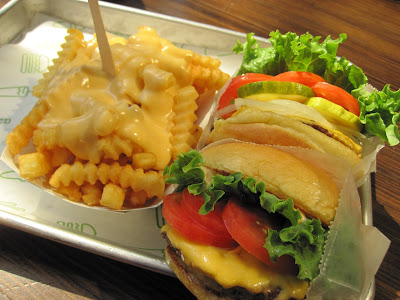 The burgers were good. Buns are my number one complaint and these were tender, airy and suited the meat well. In the world of fast food burgers I still rank In-N-out higher, but I did like Shake Shack better than Five Guys. The fries were crisp, but there was something off with the cheese. They would have been better paired with regular ole ketchup.

We took the subway to 42nd St. While, waiting for the bus. A tour bus – think zoo exhibit on wheels – filled with tourists stopped to gawk out the ginormous window that covered the entire side of the bus. We noticed them before we caught some “random” guy break out into a full Broadway dance number. Frank played the role of a New Yorker well, it didn’t faze him a bit. This caught the attention of those on the bus, and they were rather amused. Finally, our bus showed and I watched twinkle toes fade off into the distance.

Soon we arrived at the pier where the Circle Line boat tours depart. The City Pass provided us with admission to the 2 hour semi-circle tour. It was due to depart at 1:00pm, but it didn’t leave until the boat was at capacity. It was 1:40 before we pulled away. At first, I was bothered that there was no outdoor seating. Even though, it’d be cold, I knew it’d be my best opportunity for photos. We sat on the lower level and Frank noticed that the windows opened. I cracked mine just enough to allow unobstructed photos, that way I wouldn’t freeze all the passengers that inevitably crowded around me. The tour took us by New Jersey, Ellis Island, Liberty Island, Brooklyn, Long Island and Manhattan. 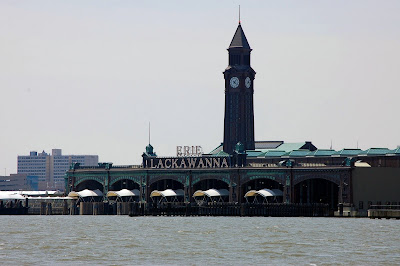 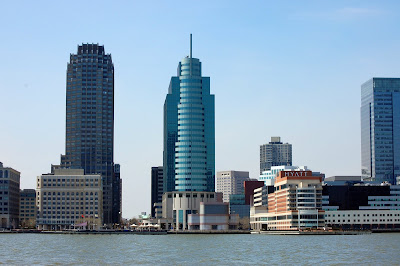 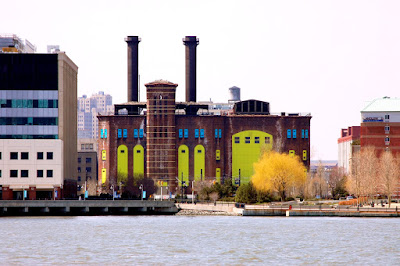 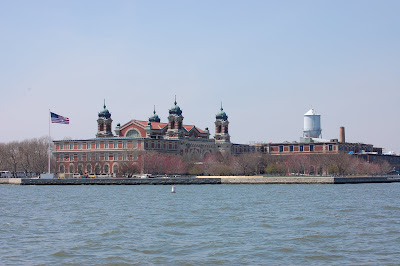 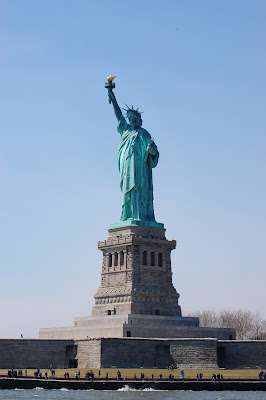 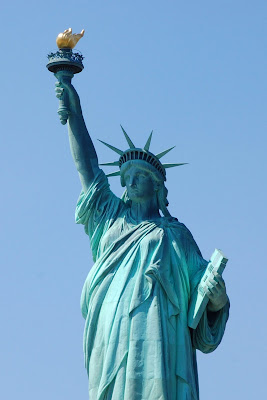 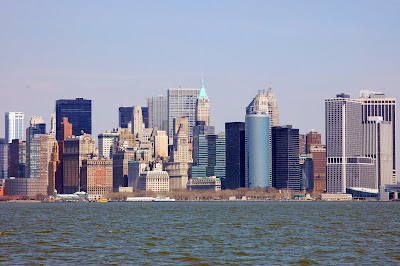 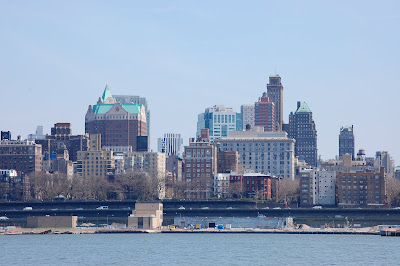 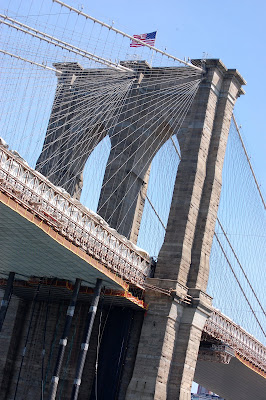 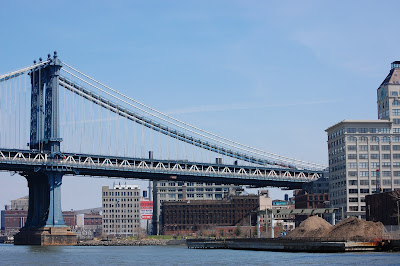 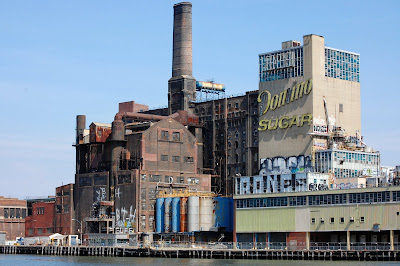 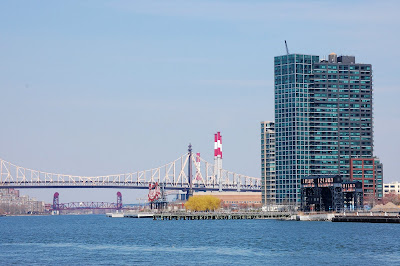 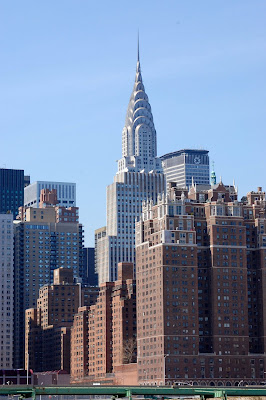 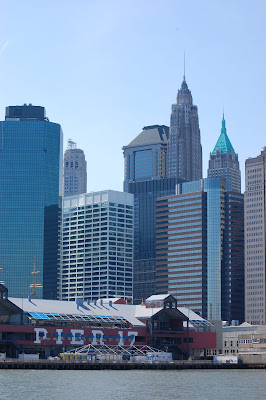 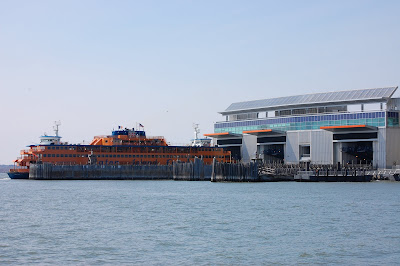 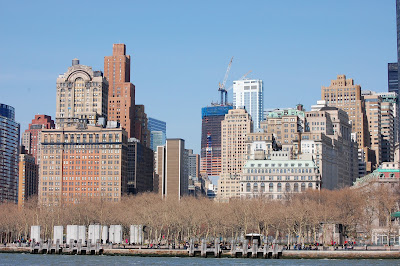 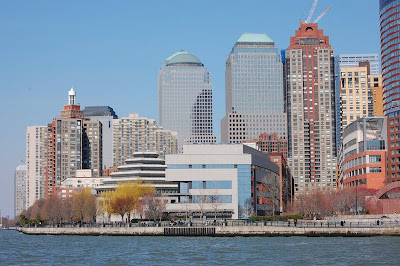 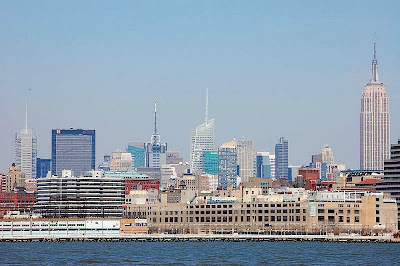 We had a narrator that pointed out different sights and shared tidbits. We found it amusing when he said, “New York is not for everyone, but give it time… it’ll grow on you.” It was nice to sit for a few hours. My tired achy body needed it. I enjoyed the sights, but it really confirmed what I had been thinking the last few days - I liked Chicago better. Visiting New York City gave me a greater appreciation for my hometown.

Feeling a bit refreshed, we walked around trying to find a bite nearby before heading to Queens. We came upon half a dozen places with less than an “A” grade. We couldn’t bring ourselves to try them. Finally, we stumbled on Bab Marrakech in Hell’s Kitchen. 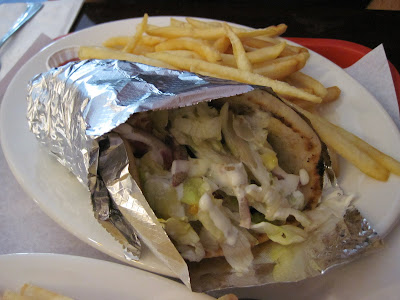 Frank had a lamb pita and I tried a merquez sausage pita. Both were pretty good. It worked out that we had no expectation. Service was friendly and the prices were fair.

The ride to Queens was lengthy with no express trains, but I didn’t mind because it wasn’t crowded and I was able to sit the whole way. We got to Citi Field. 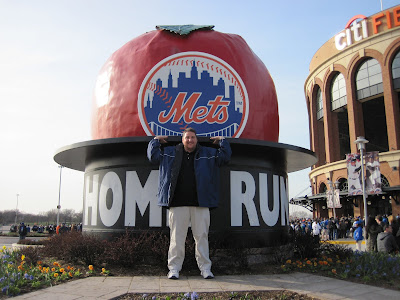 We went to buy tickets, but $40 seats were all that were available. We couldn’t see spending $80 to watch two teams (Mets vs. Nationals) we didn’t care about. We waited around to see if we could pick up tickets for less from scalpers, but we had no luck. I knew that Queens had its own Chinatown in Flushing so I searched for a highly rated Chinese place. I believed I found a gem when I came across Asian Jewels Seafood Restaurant, one review suggested that it was comparable to restaurants in San Francisco’s Chinatown.

We were sold. Excitement grew on our way over. We entered the dining room only to find banquet style tables heavily decorated for a wedding, "Best Wishes Ming and Tao". The hostess greeted us, but turned us away, the restaurant was closed for the wedding. She could see the disappointment in our eyes. She tried to tell us about an another place to go but her English wasn’t strong and she couldn’t translate for us to understand.

We searched some more. We came up with a few hits, but when we arrived we saw those ugly “B” “C” and “pending grades” in the window. We finally settled on Green Papaya Thai. It had an “A” and 4 stars on yelp. We ordered chicken pad Thai and spicy basil beef. 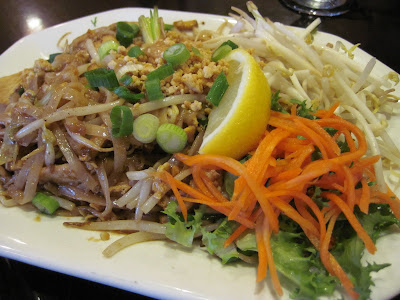 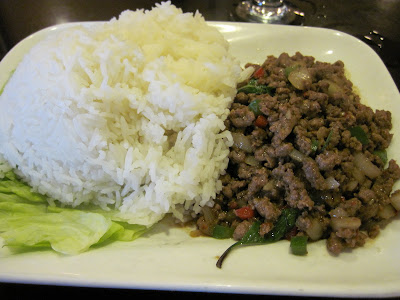 The pad Thai looked like it had all the right components but the flavor was off and it was far too sweet. There was no spice at all. The basil beef had a little kick and it was by far the better dish of the two. We decided not to fill up; we were determined to find good eats to satisfy our hunger. We gave up on Flushing. We went to Brooklyn.

It was nearly a two hour ride to L & B Spumoni Gardens. When we got off the Subway in Gravesend, I was a little concerned about our safety. It was the first time in all of NYC that I felt the neighborhood might have been sketchy. Frank reminded me that there is no reward without risk, so we pressed on. After, a couple blocks I relaxed. Soon after, we found the restaurant. It was packed. It reminded me of pizza places on the Southside of Chicago. The similarity was comforting. We had to wait about 20 minutes for a table. We came for Sicilian pizza – they are known to have the best - but we were tempted to try their Italian dishes those that whizzed by smelled and looked delicious. We stuck to the plan and ordered a small Sicilian with sausage. 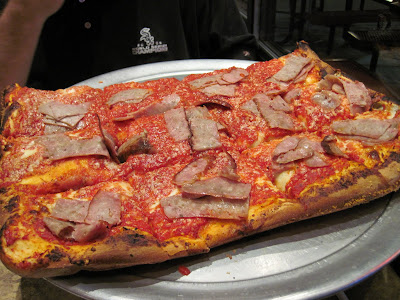 The pizza arrived and we were anxious to dig in. The sauce was spot on, the sausage was in thin slices, which was unexpected, but it was really good. The pizza reminded me of Chicago style pan pizza. The crust was thick and pillowy. It would have been excellent if pan pizza wasn’t my least favorite of all the different styles. I decided then, that no where would have Sicilian slices that I’ve learned to love at Siena Deli. None would be crisp or buttery enough. I enjoyed it for what it was, it was the tastiest pizza we had thus far. We liked the no nonsense staff, and we thought we might return for to try pasta or veal. We suspect they do it up right. I would’ve loved to try the spumoni, too. But it was much too cold to snack on ice cream. We paid our tab and headed back to Manhattan. Satisfied, at last.

We thought we’d catch a movie, but when we got to theaters in Times Square there was nothing we wanted to see. We headed back uptown. We toyed with stopping for a drink at the Amsterdam Alehouse, but we liked it best when it was dead. I suggested we stop at the grocery store pick up Modelo Especial and lime to enjoy back at the room, the coziest bar in NYC at that given moment. Frank agreed. We made our purchase and stretch out in bed. Cheers! Gah. Blech. It was skunky. We bought old skunky beer at the store. I should’ve known. I tried to hide it with additional lime slices, but we also bought the driest lime in existence. It was a complete fail. We rolled over in disgust, closed our eyes tight and begged the Sunday would be a better day. Maybe, just maybe New York would grow on us.
Posted by Kellee at 1:11 PM

L & B is right in my neighborhood they do all the Italian dishes right and the Ices and Spumoni are amazing. I wish we could have met up!

I had no idea. That would've been fun. We would've gone back to L & B if it wasn't such a long ride. We really wanted to try the entrees. Everything looked so good! Had it not been so cold I would've loved to try the spumoni. Those birthday sundaes were outrageous.

Ahhh It is funny when I hear people come from all over the world to get the "square" from L & B. It is a neighborhood fixture with great food, long lines and the Brooklyn attitude. I wish you would have went to Juniors to try the cheesecake and to the origional Nathans in Coney Island. Brooklyn is my home and I love it, it is unique. I am glad you liked it.

Juniors was never even on my radar. Sounds like I missed out.