Prior to our trip, when I told people where we were taking vacation the most common response was “Why are you going there?” NYC has a reputation of being dirty with stinky subways and rude people, and many folks believe it’s true without ever stepped foot there.

Manhattan was dirty, it was covered in years of dirt and soot. I thought everything could use a good power washing. Lack of alleys meant no dumpsters so trash from the businesses piles up on the sidewalks until the garbage trucks come by late at night. Those bags can get smelly, but it was the upscale neighborhoods on the Upper East side that were most offensive. People with dogs failed to clean up after their pooch, there was stray poop and when passing trees, signs and meters they reeked of pee. This smelled far worse than the subway ever did.

In fact, the subway was my best experience with the public on public transit in any city I’ve visited. People aren't rude, even the beggars are really polite. New Yorkers are no nonsense, they give it to you straight and don't have time for chit-chat. Most trains were filled with tourists and commuters, we were rarely bothered by the homeless, and they were never smelly and always kind.

I loved the subway at first. It was my first time seeing subway tiles outside of a kitchen. I admired the different stations when we’d pass through. It was tough to get our bearings underground and we had no help of google maps since there were no cell signals in underground. After, three or four days were we comfortable and became familiar with the different platforms. It was about then, I was tired of the labyrinth of tunnels and stairways that led you to the trains. Aside from time spent sleeping, we spent half of our trip underground. I do not know how people do it day in, day out. I need fresh air and sunshine.

The people of Manhattan are thin and in shape. I fully understand why. It’s all those stairs and all that walking. It amazed me how many folks commuted in style. It was the most stylish collection of people I’ve seen in any city. Men or women, it made no difference. I will say that I bet the woman of Manhattan have the greatest legs in the country, if not the world. And they’ve earned them by gallivanting around city blocks and subway platforms. I would suspect gym memberships would be low, but all those we seen were packed.

I had this notion that delis and pizza shops littered the streets of NYC. This was not the case. They exist, sure, but they’re few and far between, and more expensive that I thought. As a whole, we were really disappointed by the food. Our expectations were way too high. We spent a small fortune on entertainment and accomodations. We only planned on one splurge meal and eating on the cheap the rest of the time to stay within budget. Cheap is relative. Coming from Las Vegas, home of the highest restaurant tabs, we are usually pleased with food prices during our travels. NYC must be neck in neck with us, most things were pricey. Our cheaper meals we’re $40 for two. When we ate on the run, it was usually $10 per person.

I had never realized how many NYC restaurants are also in Las Vegas. We refused to dine any place we could have at home. This narrowed our options greatly. We also avoided pricey restaurants. Again, our pool of options shrunk. Then, we eliminated chains. And finally, we caught on to the ratings from the Health Department. All those poor grades left us with even fewer contenders. We ate numerous times a day to taste as much as we can, just like we do in other cities. NYC, however, gave us our greatest collection of disappointments. I had recommendations from New Yorkers, friends and family. I used other resources like Yelp, Zagat and The Best Thing I Ever Ate when making my lists. Usually, it works out. This time, however, I was let down.

That’s not to say all was bad. We did enjoy wd50 and I’d recommend Bleeker Street Pizza, Patzeria Perfect Pizza, L & B Spumoni Gardens, Katz’s Deli and Levain Bakery.

I can’t possibly love every place I visit, but I’m always happy for the experience.

Here's a last bunch of photos that never fit elsewhere. 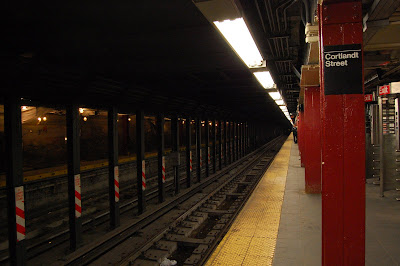 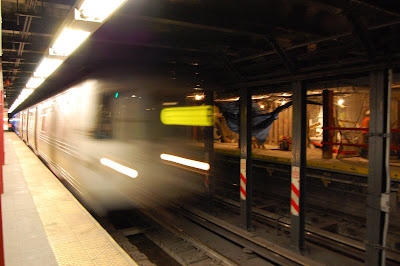 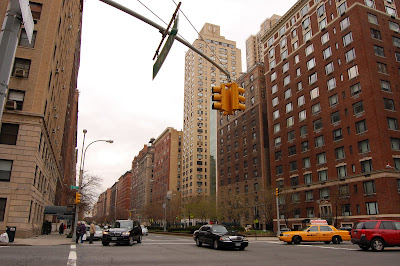 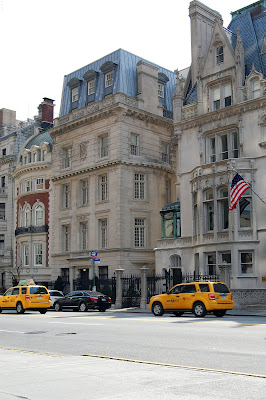 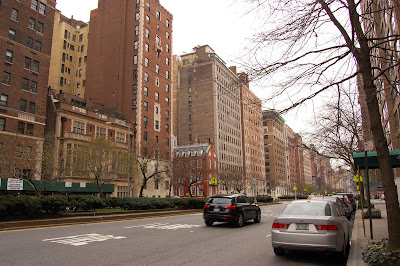 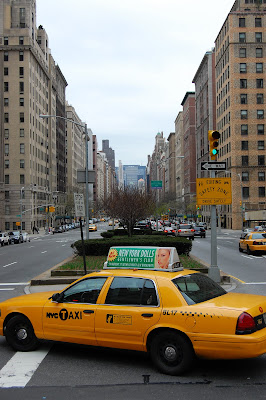 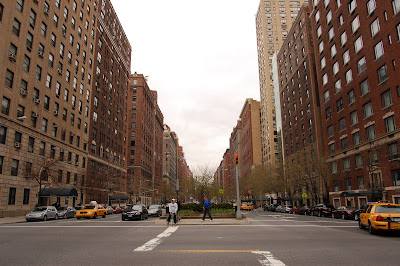