I'm back and with recap. No waiting.

Saturday morning we were on the road by 7:00. We made good time until the mountain pass. It was snowy, and rainy on the otherside. Thankfully, we didn't get covered in snow like this truck. 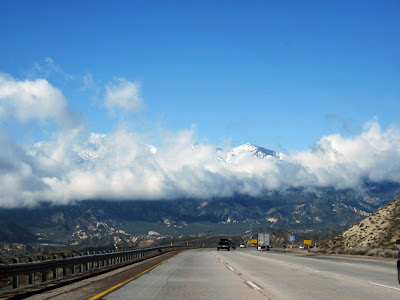 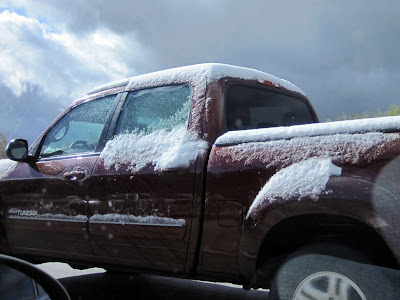 About an hour outside of San Diego, it poured HARD. Traffic crawled. It was slow going for awhile. I was working to arrange a whale tour at 1:15, but when I finally got to chat with someone to reserve I was told the whale cruises were cancelled due to rough waters. Harbor cruises were still running so we opted to do that with our friends Bill and Laura, and their boy, James.

Once in San Diego we went straight to Con Pane Bakery. An Italian for me, and Roast Beef for Frank. "Yum!" Says it all. We checked into the hotel, we stayed at the Bristol this time. It is very nice and convenient to pretty much everything. I wouldn't hestitate to stay there again. We had view of the bay, it was neat to see the water from our hotel room. 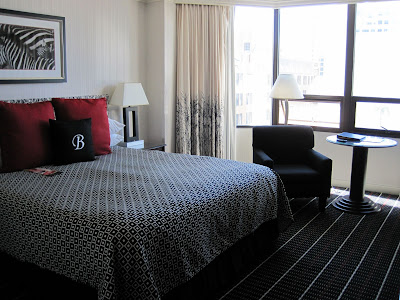 We walked down to the bay to meet Bill and family. Bill has been a friend since we were kids, literally. He is a Marine, he's recently been relocated to Camp Pendleton from Camp Lejeune in North Carolina. He met his wife, Laura, while visiting us in Las Vegas in '03. She caught his attention while walking through Harrah's, she spent the whole weekend with us, and they've been together ever since. They welcomed their son 15 months ago. Last we saw Bill was at our wedding, he was a groomsman.

It was so great to see them again and to meet James. We spend so much time visiting we missed the first harbor cruise. It was no trouble, we just walked the bay and stopped for beers at Anthony's Fish Grotto. Their house Hefeweizen was pretty tasty. It poured right before we boarded "Lord Hornblower", but the storms cleared for our tour of the north bay which takes you by Shelter Island and Point Loma. 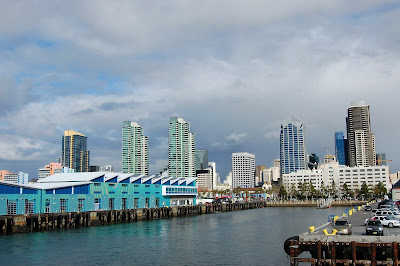 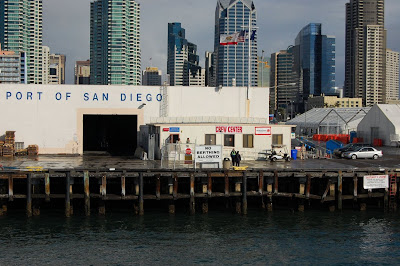 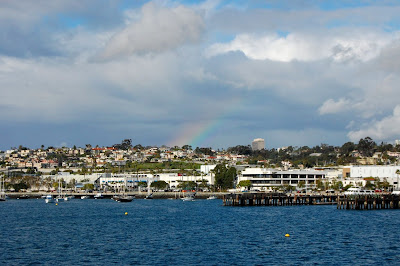 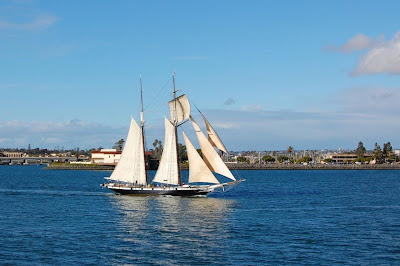 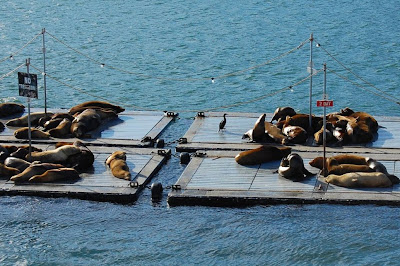 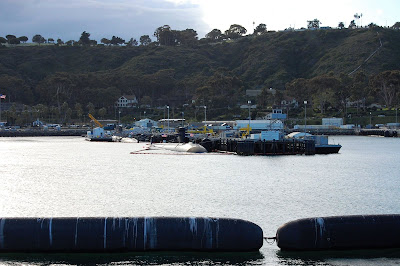 It poured the second half of the habor cruise, we could still see the sights from indoors but I didn't bother taking photos. After the tour, we went to Old Town for dinner. We ate at Cafe Coyote. We discovered that it had Pacifico on draft last visit, so we thought we return for more and try their food. The chips and salsa were fine, but the guacamole was really good. I had carnitas, which was tender and juicy. Frank and Bill both had carne asada burritos and Laura ordered a burger since she isn't a fan of Mexican food. Hopefully, she'll come around after more time in San Diego. I mean it'd be a shame to miss out on the tastiest Mexican fare I've had outside of Mexico. We went into a few shops in Old Town, but the rain chased us away. We parted ways, they headed home and we took the trolley back to the hotel. We never made it out to the Gaslamp. We were beat, we fell asleep as soon as our heads hit the pillow.
Posted by Kellee at 3:17 PM