We had plans to take the whale tour Saturday afternoon. We hung out in Newport Beach beforehand. We grabbed lunch at BJ's Brewhouse. The family likes the ones in Vegas, so we thought it'd be quick and easy. Turns out they have a different menu; Amy and I weren't sure what to have. We eventually settled on pizza. It's deep dish, and supposedly Chicago-style so we thought we'd see how it measured up. It was no surprise that it wasn't even close. We agreed it was similar to Pizza Hut's pan pizza. It was edible, but I wouldn't order it again.

After lunch we walked around the boardwalk checking out the shops and art galleries. We passed time until our Whale Tour departed from Newport Harbor. We didn't see any whales on the tour, but we saw plenty of dolphins and sea lions. It was a fishing boat that took us out; it was extremely crowded. Thankfully, the seas were much calmer there than those I've experienced in San Diego. We all had an enjoyable time. It wasn't even chilly, it was the warmest temperatures I've ever experienced in California - thanks to the recent heatwave. 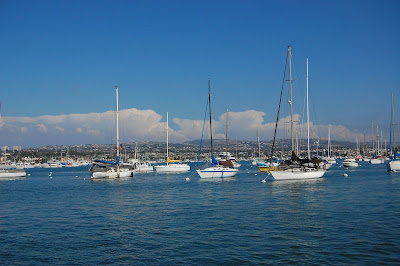 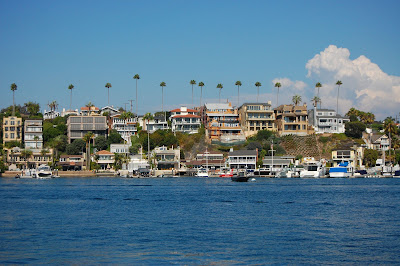 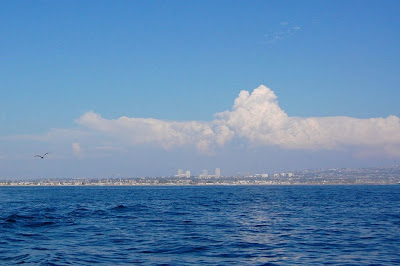 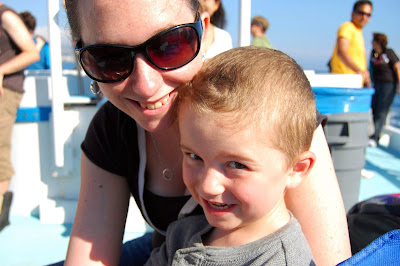 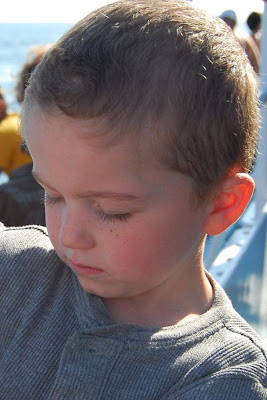 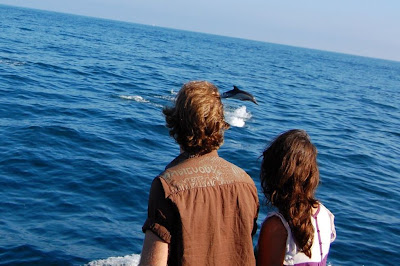 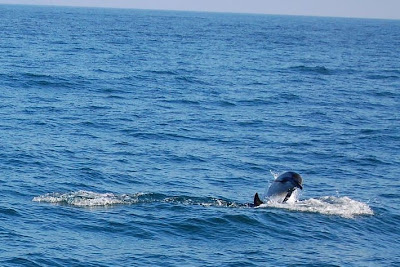 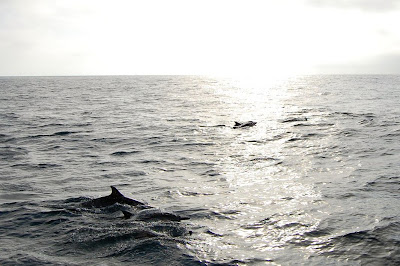 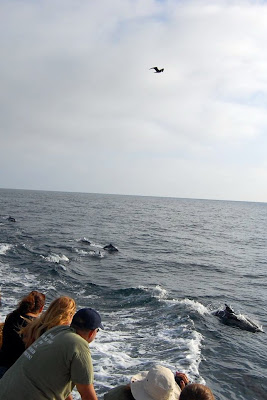 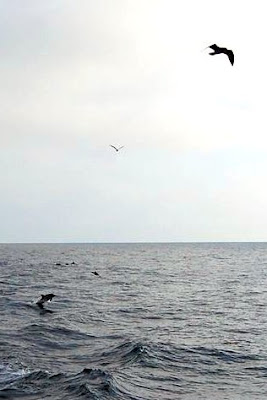 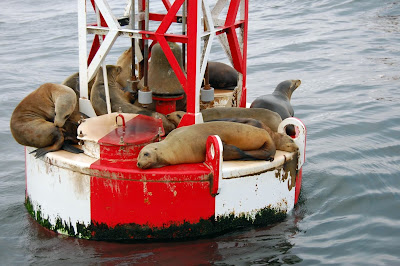 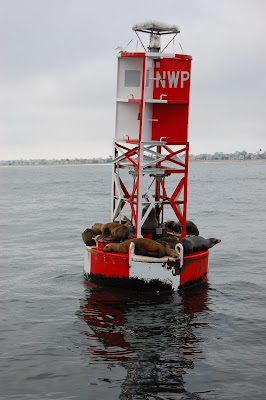 After the whale tour we walked over to Newport Beach to watch the sunset. Nicky played in the sand; and we watched the surfers catch waves. 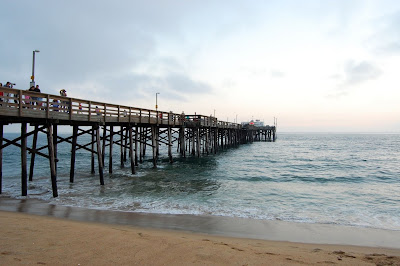 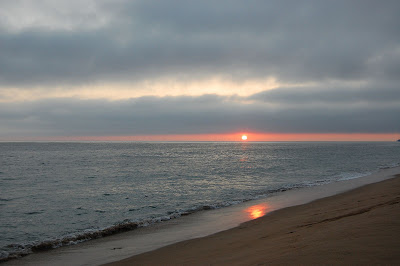 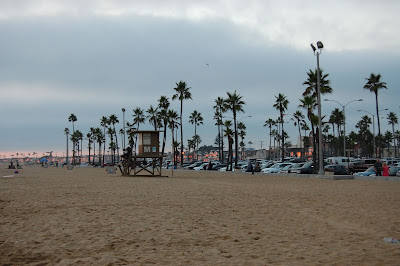 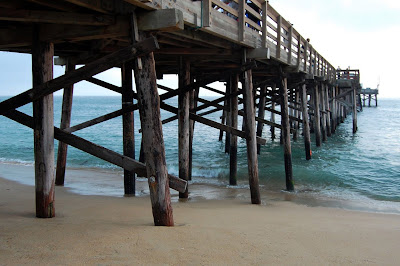 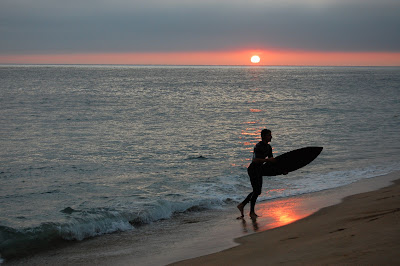 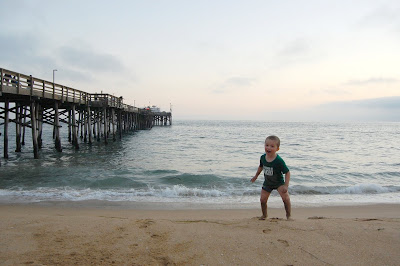 After a couple hours, we drove back to Huntington Beach. There was a taco shop, Las Barcas, that I wanted to try. Sadly, they closed too early. I drove by a Five Guys, I've been wanting to try it for ages so I was excited to finally come across one. We stopped in, but they didn't open for business until Wednesday. Bummer. We ended up at Lazy Dog Cafe across from the hotel. Cute dog theme, which my mom loved. Nicky enjoyed the open kitchen (he loves to cook), the menu sounded great and service was friendly. It all seemed promising, except none of us were thrilled by our entrees. I had chicken with gouda on foccia with cajun fries, Amy had a cheese burger, and my mom had steak.

We crashed once we returned to the hotel; all the fresh air wore us out.
Posted by Kellee at 1:50 PM