I mentioned before that my mom and I enjoyed a nice day together. After, lunch at the Henry, we drove out to Henderson to go to Hobby Lobby. The store began in Oklahoma many moons ago as a arts and crafts store. They have stores across the country. I first learned about it, while living back in Chicago. Not only did they have arts and crafts, but they also had a boatload of home decor. It was the go to place for seasonal finds. That store closed and I moved away. Hobby Lobby was a distant memory until I heard one opened in Henderson at the Whitney Ranch shopping center.

Mom and I checked it out. I'm not a shopper by nature. I usually do it out of necessity. The few exceptions are HomeGoods and Marshalls. I can spend hours looking at odds and ends, usually I just browse, but I love it when I do come home with that special find. Well, you can add Hobby Lobby to that list. The store is huge and there is so much stuff I never knew I needed.

I managed to get out by only spending $11, you gotta love small victories, but I could've easily spent much more. Do you recall that show Super Market Sweep? No? Well, that just shows what I dork I am. Anyway, I loved that show. The only thing greater than loading up with free groceries would be a race through Hobby Lobby to fill a cart with random treasures.

If you need party supplies this is the place. Also, they were already setting up fall and Christmas displays. "But, but Summer just got here," was all I could think. They have home decor up the wazoo. Surprisingly, I was able to resist this gem. Although, I probably should've bought them. They'd be a great accessory for the "White Trash" Bash we hope to one day throw. 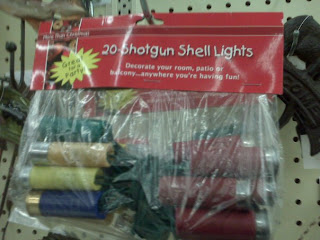 When we left Hobby Lobby we spotted Jo-Ann Fabrics so we ran by there, too. They had some great clearance sales. I snagged a deal on servingware. On our way over I spotted Atomic #7. I made a mental note to stop there when we were done shopping, it was a scorcher Saturday so it was a perfect time for a sweet treat.

Atomic #7 makes ice cream and cool treats on the spot to meet your dietary needs. When I first heard about this place I thought it'd be a great choice for my mom. She became diabetic a couple years ago and the change has been hard on her. She often feels deprived because she can no longer indulge in things she loved most.

Walking in and seeing all the menu options is a bit overwhelming but the staff is helpful and willing to walk you through your order. Mom's been having a mean craving for a Pina Colada so she opted for a Tropical Smoothie. It was refreshing, but it was more coconut and banana flavored than anything and she really missed that pineapple goodness.

I went with ice cream. The Waffly Good was indeed awfully good. It's made right there with liquid nitrogen so it takes a few minutes to prepare, but the wait is worthwhile. The peanut butter ice cream was slightly sweet and I loved this. I don't have an over the top sweet tooth, so, things often come off as being cloying. This was not, not even with the caramel drizzled on top. The star was the crisp waffle chips. Since it's made to order, there is no time for the waffle cone pieces to become soggy. I really enjoyed those crunchy crisp bites.

I think future visits to Hobby Lobby will include a stop at Atomic #7. I'd like to try some of their other creations.
Posted by Kellee at 10:13 AM