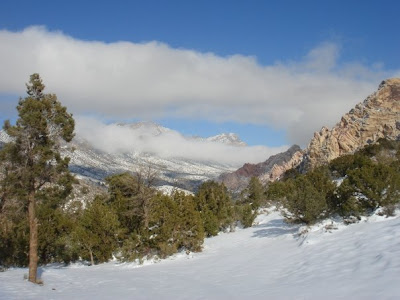 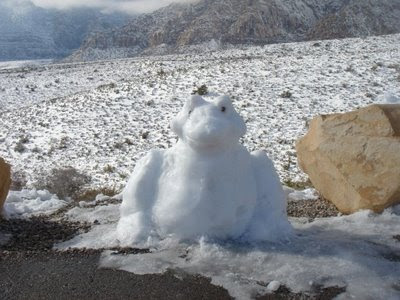 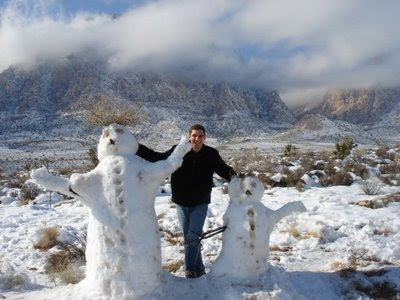 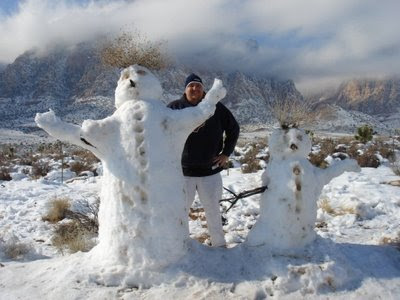 Then, the following day, I was able to join them for more off-roading fun. We checked out trails off of Fort Apache. Looking out toward Henderson.
and the strip

One of the trails leads to this cave.

We found a good place to shoot

We continued on the trails until we realized we had a flat. Frank said, let's drive up a little further until the trail straightens out... We never could have imagined coming across a slab of concrete in the middle of the desert, but we did.
A rock must have punctured the sidewall. We have a terrible history with flats, the gods were shining on us this day, a change has never been easier. We were back on the trail in no time. Our last stop was a retention basin where we had a load of fun cruising through the water. It didn't take long to dirty the new tire.
Posted by Kellee at 11:22 AM