Top of the World

This weekend our friends, Bill and Laura, and their son James came up from Oceanside, CA. I've known Bill since the 6th grade, he and Frank have been friends since they were freshman. Once Frank and I became an item, junior year, we all hung out regularly. We have the same core group of friends, we went to prom together, camped and partied throughout our teens, Bill and I even worked together. They were good times. After 9/11, Bill joined the Marines, he's been in nearly a decade and he finds it hard to think about doing anything else.

Seven years ago, he came to Vegas with a bunch of buddies while he was training at 29 Palms. We were drinking and hanging out at Harrah's one night and that's when he met Laura. As they say, the rest is history, they've been together ever since. They've made it through a lot, including a few tours overseas, moves cross-country and it was their son, James, that brought them even closer together. Late last year, they moved from North Carolina to California. We were thrilled that they would be close enough to see a few times a year.

We visited them in February, it was the first we had seen them in seven years. We had a great time visiting and playing with James. This weekend, they came up to see us for more fun.

We even got together with another old high school friend that was in town for the holiday weekend, all of us had dinner at Amore. It was fun enjoying Chicago-style pizza with old friends, here, in Vegas, my home.

I watched James on Saturday while they all hit the strip and tried their luck gambling. Frank ended up being the lucky one placing in the money in a poker tournament.

Monday, Laura and I got out for some girl time. We acted like kids again and rode the rides up on the Stratosphere. I've done them many times, but it's always fun taking someone that's never been. Laura's first rides did not disappoint. They all got her one way or another. I also enjoy getting up to the observation deck every so often just to see the changes. Something is always different. This time it was mainly the construction downtown. It's really amazing how much that has changed over the years. Then, of course there's the F'nbleau when you look south. The biggest eyesore west of the Mississippi at 735 feet. 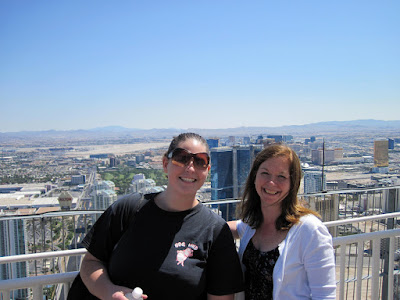 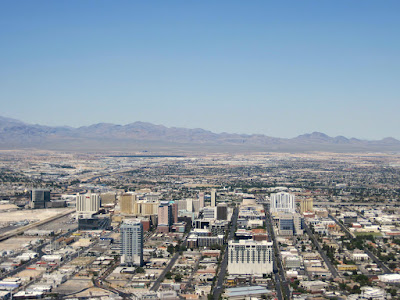 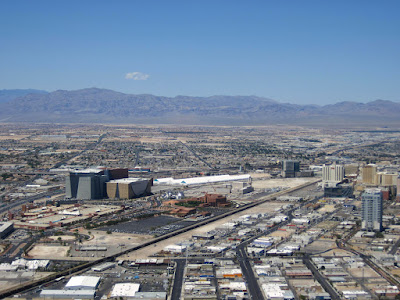 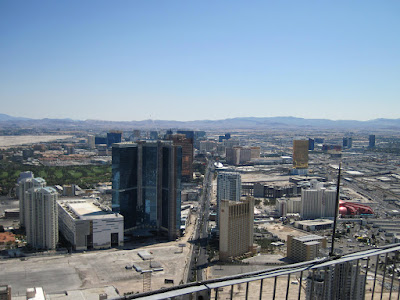 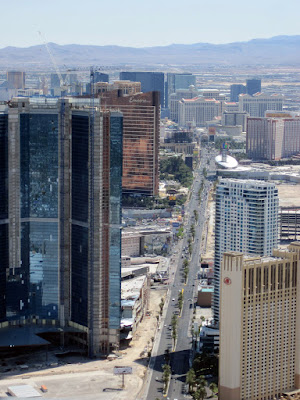