Tuesday we packed up and checked out. We headed to Huntington Beach, first grabbing a bite at La Choza. They had lunch specials and handmade tortillas, but the dishes were not authentic. I guess you have to head down to San Diego for the good stuff.

We came down Main Street to go to the Beach and we completely missed that residential area and shops last October when I came with Amy, Nicky and my mom. The houses around the beach are super cute. It's so charming with well manicured lawns and white picket fences.

We parked in a lot that had validation at Ruby's. We figured we stop in for milkshakes. We each ordered one, my double dark chocolate chip was the best. A guy making balloon animals came over, he made Nicky a dolphin that could be worn as a hat. He had interest in it for all of 5 seconds. I don't know what it is but the kid combined with balloons equal a nightmare. The dolphin was entirely popped before we made it half way down the pier. Frank stopped to buy a kite. Nicky wasn't impressed. He was more interested in the "bikini girls" playing volleyball. 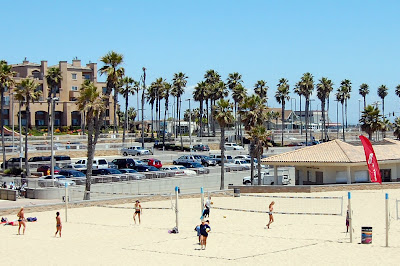 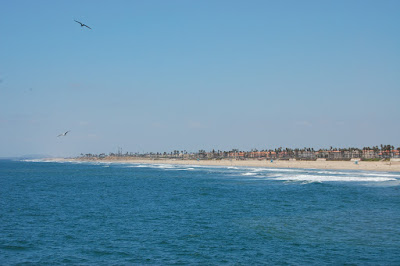 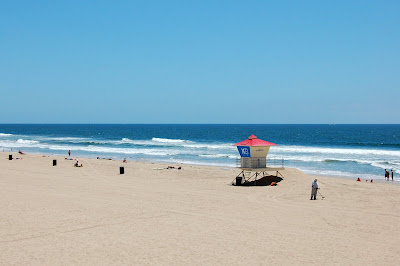 We walked down to the beach and got set up. 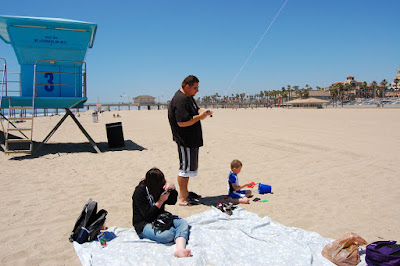 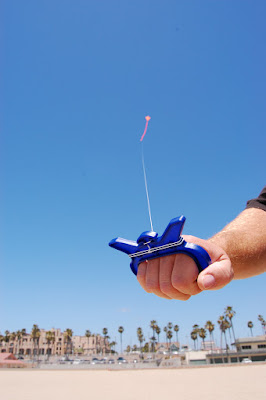 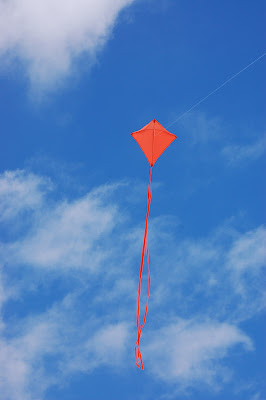 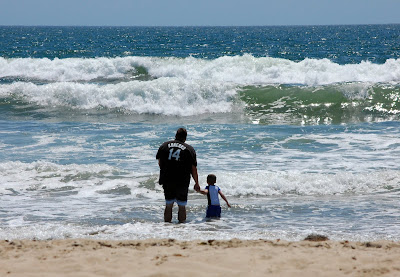 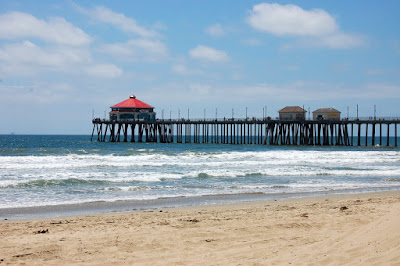 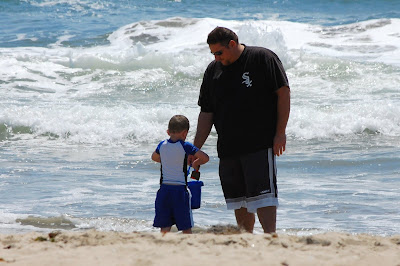 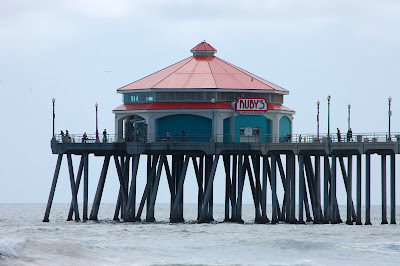 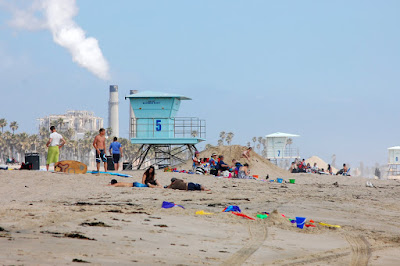 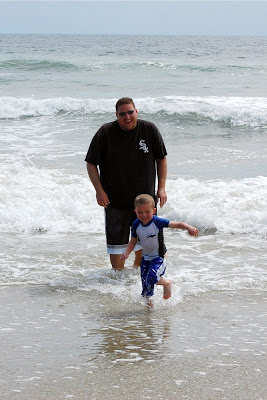 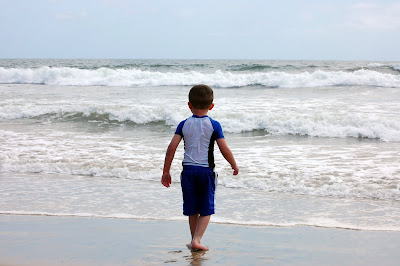 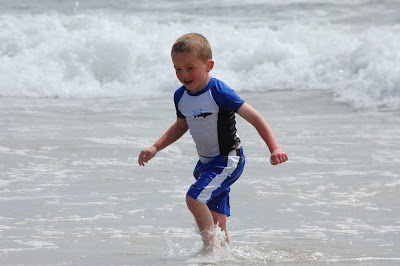 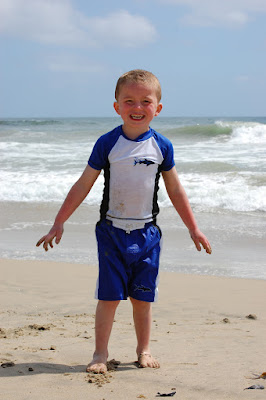 Amy enjoyed her nap on the beach. Meanwhile, Nicky and I played in the sand and collected seashells while Frank flew his kite. Then, I took photos, while Frank and Nicky built sand castles, jumped in waves, wrote and made footprints in the sand. It was a good day. The weather was nice, too. It was sunny for third day in a row, shocking especially since it's May Gray. I still needed a jacket on the beach but it was the first time I didn't freeze and the sand actually felt warm.

It was late afternoon and we had to head back to Anaheim for second White Sox game in the three game series. We grabbed a bite and beers at JT Schmidt's before the game. Their burgers are still really good.

We walked back to Angels Stadium we waited a bit before buying tickets in hopes that we could score free tickets again. We managed to get one, but ended up having to pay for three. The cheapest tickets sold out because there was a Guinness Book of World Records record attempt happening. Angels wrestling masks were given to everyone in attendance. We had to wear them in the 5th inning for 10 minutes. 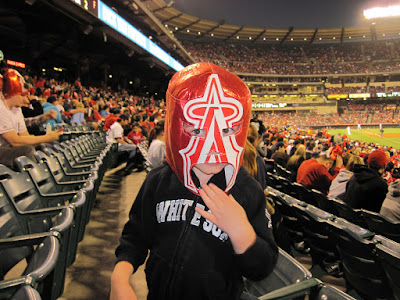 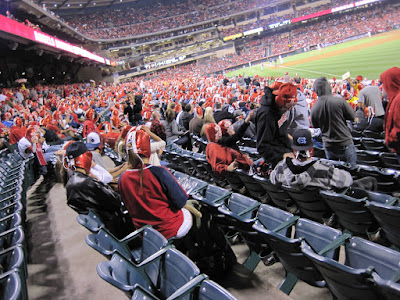 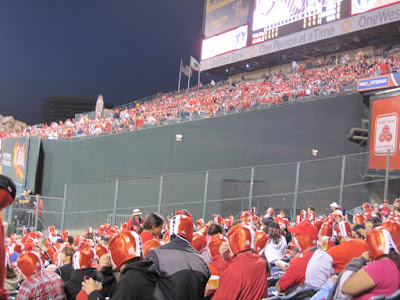 We did it! We made it into the book of World Records.

The Angels got a homer, the White Sox stunk it up. They could get anything going... 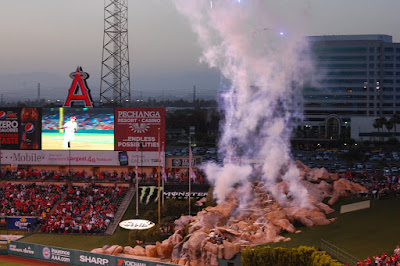 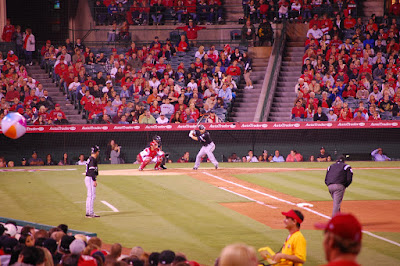 Nicky had fun playing with the beach balls. 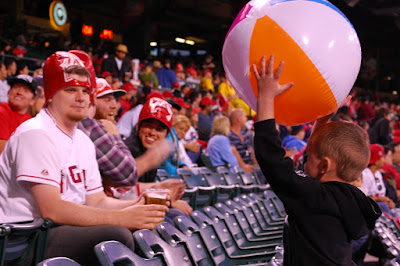 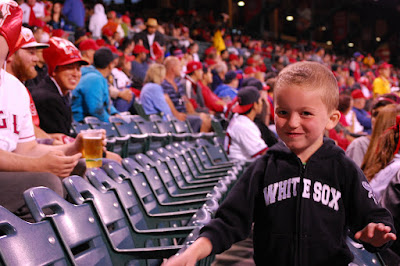 We still had a good time even though we lost. And Nicky remains an Angels fan, he has a foam finger to prove it. 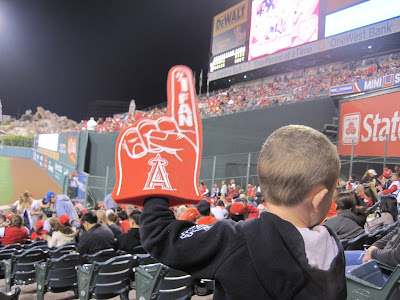 That wrapped up our vacation. We hit the road for home and made great time back, only three hours. I was in bed by 1:30, an hour earlier than I expected. Still, 6:30 Wednesday morning came too soon, it was back to the grind.

Fun was had. Memories were made.

After a whirlwind of getaways the last three months it feels odd to have no other vacations marked on the calendar. We must remedy that.
Posted by Kellee at 1:19 PM

Looks and sounds like you had a great trip. Thank you for sharing with us. Nicky definitely looked like he had a great time! Those pics you caught of Frank and Nicky are definitely priceless.

It was a great time... lots of memories to cherish, for sure.