Saturday, Darren came out with us for a day filled with off-road fun. We started with the trails off Ute Rd north of Moapa Paiute Indian Reservation. 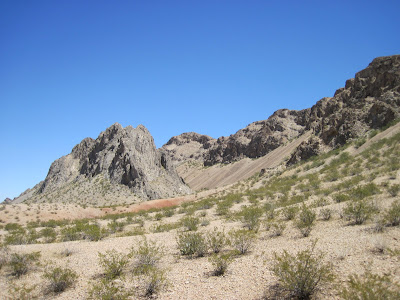 We had rode the Hawkins trail to its terminus at the Railroad tracks and on the way back, Darren spotted a bighorn sheep. I've known they are around but I've never seen one myself. We spooked the herd (two females and one male) they booked down the trail and up the mountain. 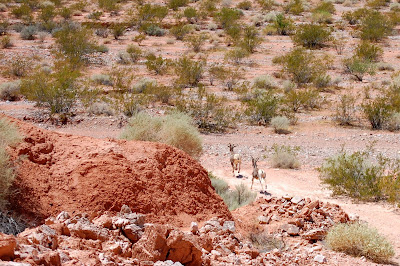 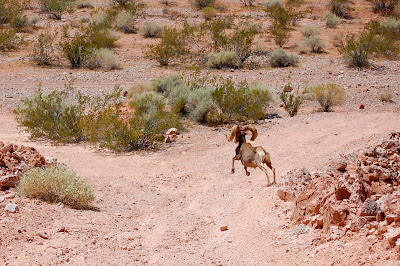 They flew up the mountain in 30 seconds flat. It was incredible. 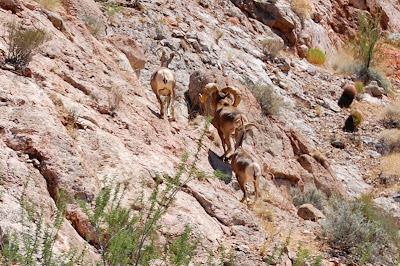 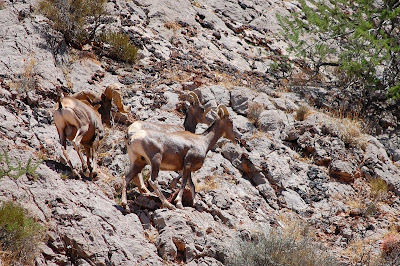 They blend in so well, you can hardly spot them. It's no wonder I've never seen them before. 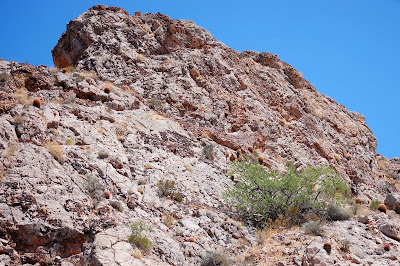 We rode through the bowl and covered all the ground in that area except for Matterhorn a popular spot for rock crawling. We need skid plates before we can take on those kind of obstacles. We loaded up the trailer and headed to the end of the road determined to find our way into the Logandale Trail System which runs along Valley of Fire. 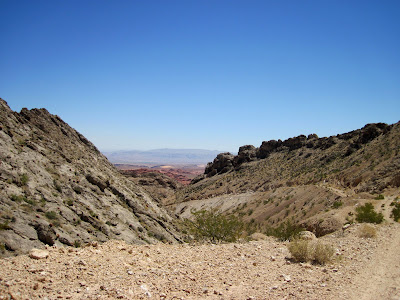 Just past an abandoned quarry we were able to ride down to the western trail system, but first we had to cross one obstacle. 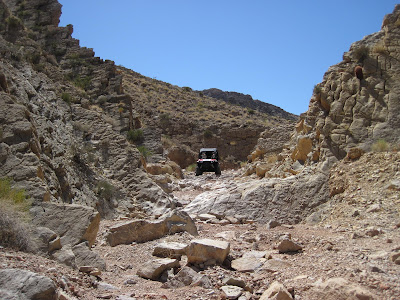 Darren and I hopped out to keep the load light and spotted Frank down the cliff. Then, we were off. 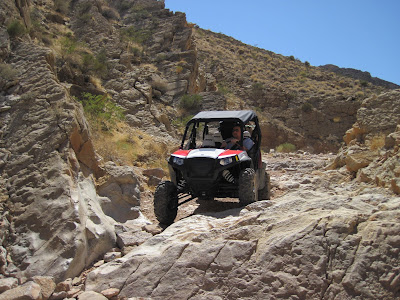 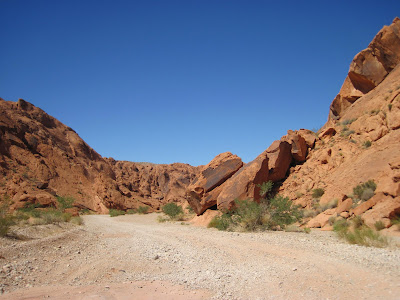 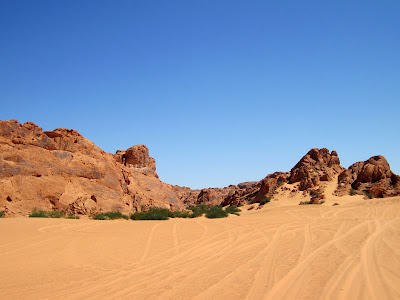 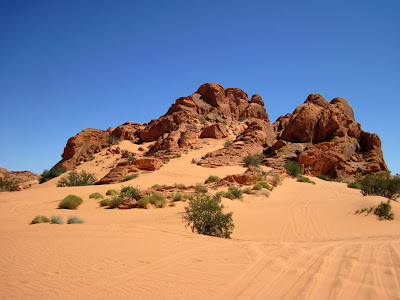 Yes! We hit dunes. I had no idea they were there. It was our first time playing in sand. It's lots of fun, but it eats up the gas very quickly. 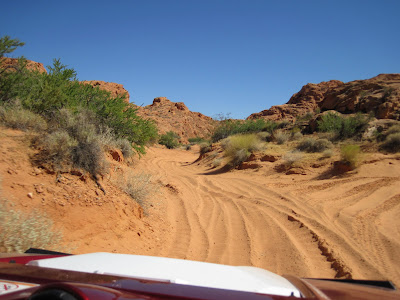 We rode through and came upon a picnic and staging area, which we realized is the proper entrance to the Logandale Trail System. We had been out all day, water and gas was low so we headed back to the truck. 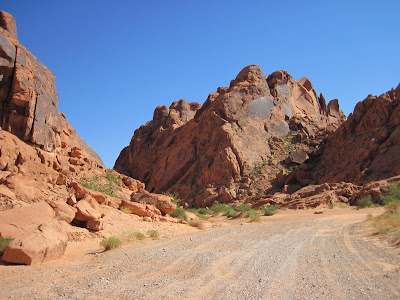 Going up the cliff, we snagged the hubcap on a protruding rock. It popped off and bent a bit. It was nothing that couldn't be fixed. It was funny, though, because on our way down, we found a polaris hubcap in the same spot. We picked it up, and Frank has since found its owner on the RZR forum. 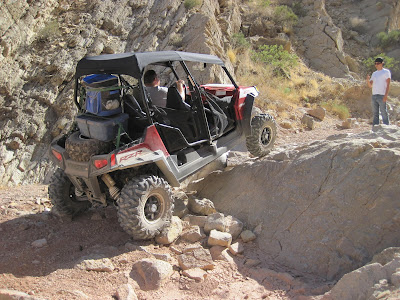 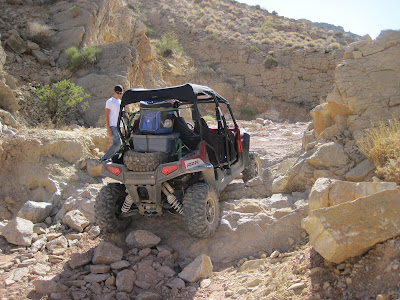 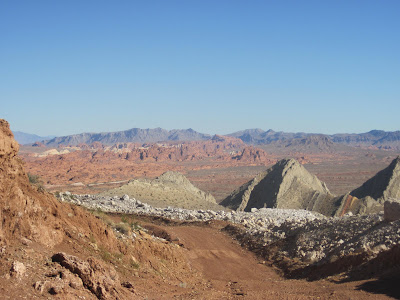 We made it back, otherwise, without issue. We loaded up the trailer and headed for home. It was a fantastic day. The RZR is just loads of fun and I love exploring. It amazes me how much changes in a relatively short distance. Logandale and Lovell Canyon are less than 2 hours apart and they are completely different worlds. I simply love it.
Posted by Kellee at 10:03 AM