The last two days have been a blast from the past. I'm sure you've seen those "You know you're from, if" pages. Well, one was just created for my hometown of Oak Forest, IL. 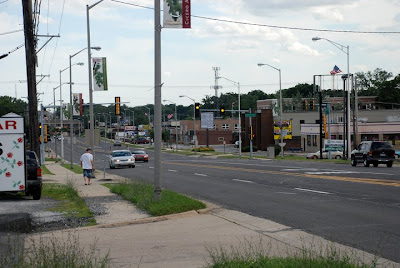 Is your hometown in the Urban Dictionary? I've come to learn mine is and it's been there since 2008. Apparently, our claim to fame is having the moniker Coke Forest. In my day, it was also referred to as Toke Forest.

Here were some comments that I found particularly true.

"Your biggest decision of the weekend is what forest the party was in."

"You used to go sledding at Belly Button Hill."

"You made a penny hockey game in shop class."

"If your teacher came to school drunk and hid underneath his desk."

"You were always curious what was behind the swinging doors at Video Village."

"Half the varsity football team was on steroids, and the other half on coke."

"I would love the smiley face back on the water tower, thats when I know we were "home" from vacation."

"When you told people you were from Oak Forest they said you mean Coke Forest?"

You'd scrape together whatever change you could to buy candy cigarettes from the Cupboard. Then, 10 years later, you did the same to buy real ones from White Hen. 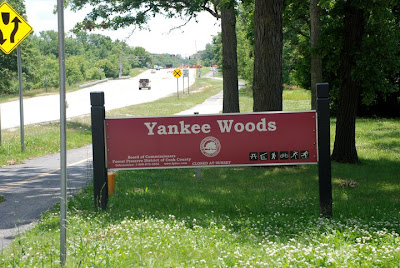 Growing up a lot of time was spent in the woods. I suppose that's what you get when growing up in Oak Forest. Family gatherings were in the forest preserve, winters I'd "ice skate" when the creeks would freeze over, summers were hide n seek, my teen years had lots of parties and walks in the woods. You'd hear "Tree Pigs!" called out when police were there to chase us out. I attended elementary school, middle school and high school all in Oak Forest. Mrs. Damhorst patrolled us students in HS. She didn't know who I was until I started dating Frank in junior high. Then, I, too, was getting Saturday detention left and right. That woman made lots of kids' lives hell. Frank actually had more Saturday detentions than Saturdays in the school year. It was so ridiculous. I hated high school. Best thing to come from it was meeting Frank.

This was the park district. I took tumbling, crafts and cooking classes here. 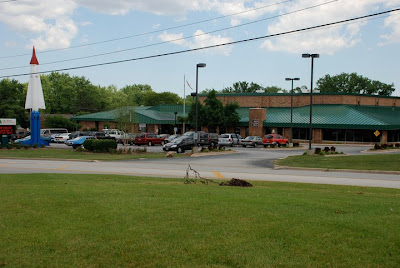 John Amico's Beauty School parking lot where I learned to ride a bike. The gas station to the left is where my mom worked for several years. I'd help fill the coolers and count cigarettes. I went to Ridge 1st-5th grade. 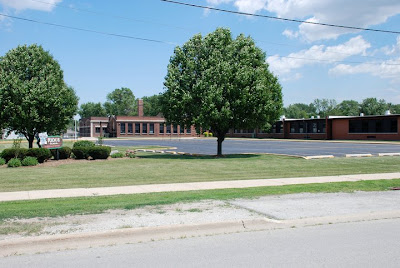 Then, I moved across the street to Kerkstra Middle School for 6th-8th. My memories here are mostly of how badly I hated gym class. Freezing during track and field, learning to country line and square dance, and freezing again during cross country skiing. 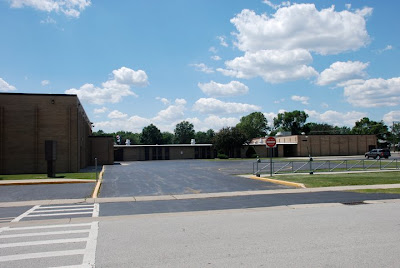 And finally, Oak Forest High School. Home to the Bengals. 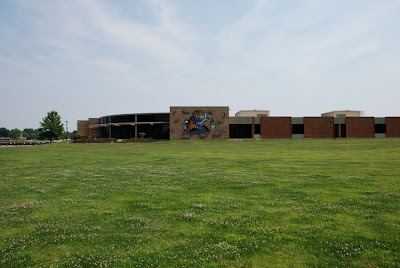 Mickey's was a staple of my childhood. I spent much of my babysitting money there. Sundaes, dipped cones, fries and the best grilled cheese. They were also famous for a "big baby". A popular cheeseburger with grilled onions found on Chicago's south side. I just learned it wasn't always Mickey's, it was A&W before that. Foremost Liquors was a must stop for my dad. He'd stop there every Friday to pick up a case of beer. My best friend's mom was a cashier there. 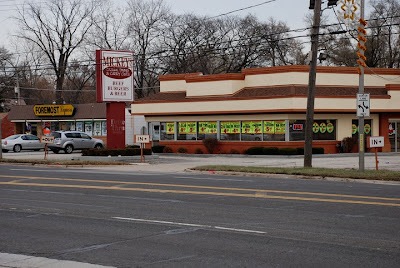 White Castle is just as prized as In-N-Out on the west coast. We grew up with sliders, and once we were of drinking age, it was the place to stop to sober up because it was always open. Frank's first job was working at this White Castle. It's our first stop every trip back home, too. 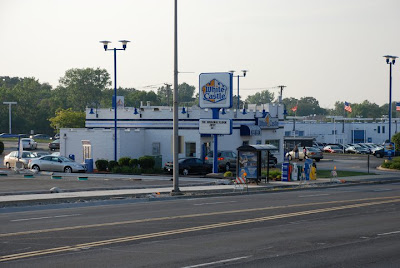 Beggar's pizza didn't come around until the last year in high school. They had great thin crust pizza and they were known to "lay it on thick." 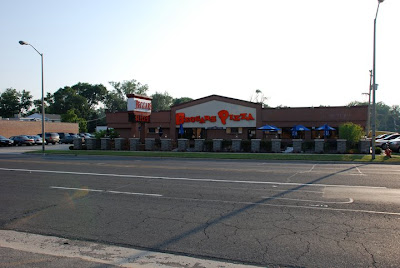 Oak Forest Bowl, the only place that offered something to do. Ken & Dicks pizza was attached. The pizza was terrible, but many friends worked there. My first year of college, you'd find us here every Monday night. I'd be doing homework noshing on fried mini tacos and Frank would bowl with friends. 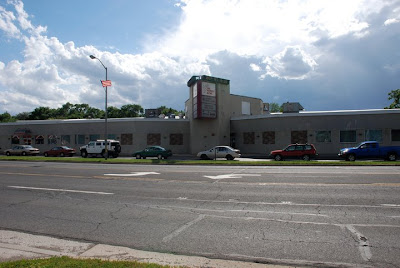 Photos by Charles Coleman
Posted by Kellee at 9:32 AM