Yesterday we had reservations at Sirio inside Aria. Our friend, Jeff, was joining us. We met beforehand in the sportsbook. Frank bet a couple horses, the first race at Balmoral had long shot win. The trifecta paid over $10k. I've never seen that before. Why couldn't I have a feeling and bet 2-5-9? That would've been sweet!

We walked up to Sirio and we were seated right away. Frank and Jeff decided on veal immediately. About a minute later, the waiter came by and noted they were out of veal. It was disasterous really, Jeff has an aversion to onions and they were in the other dishes. While he looked over the regular menu, we dug into the bread basket. We found stale bread and rock hard butter. We all had the same idea... let's bail. We could feel this becoming a bad beat.

We left and looked over the restaurant week menus at American Fish and Jean Georges. We opted for the latter since it was new to each of us and the menu sounded delicious. We were able to get a table right away without a reservation. 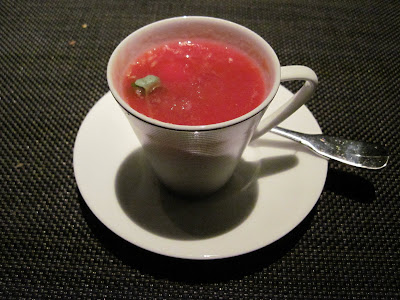 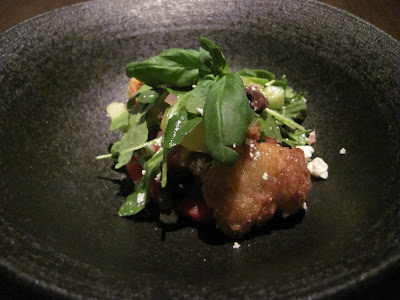 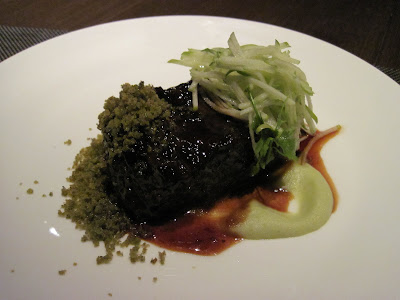 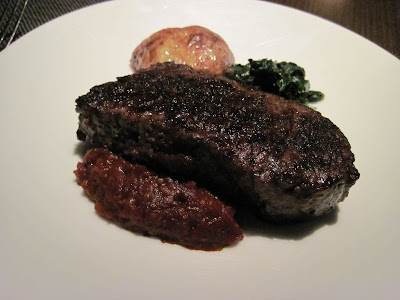 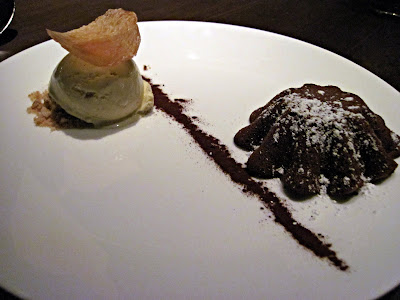 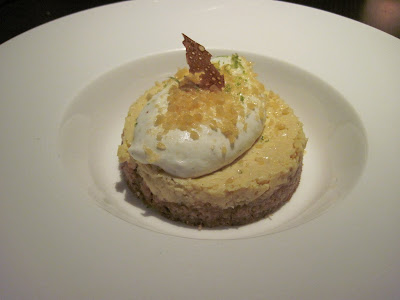 The gazpacho was a lovely amuse bouche. It was clean and refreshing with balls of tomato and watermelon. Then, a surprise cucumber to finish. The salad was fantastic... so fresh and light, summer in a bowl. The entrees were perfectly executed. The short rib was flavorful and super tender, the apple slaw gave great texture with each bite. There was a small amount of heat from the jalapeno. It was very good. The steak was cooked to perfection. It had a beautiful crust that locked in its juices. The side components were also delicious. Dessert capped off the stellar meal. The molten cake was decadent and the key lime pie was luscious and the cracklin' pop rocks brought out child-like smiles. All in all, it was a great meal. I'm thrilled kismet led us to Jean Georges.