When Cosmo opened with two Scott Conant restaurants I was thrilled. Food Network's Chopped introduced me to him and his aversion of raw red onion. Around the same time, I began to hear tales of his extraordinary pasta. I knew Scarpetta was a place I had to try. It was going to be my birthday meal, but I put it off and ended up dining at wd50 in NYC instead. Six months have nearly passed since my birthday and we had not yet tried either of Conant's restaurants. Restaurant Week changed that, however, last night we went to D.O.C.G. to try out the $30.11 dinner menu. 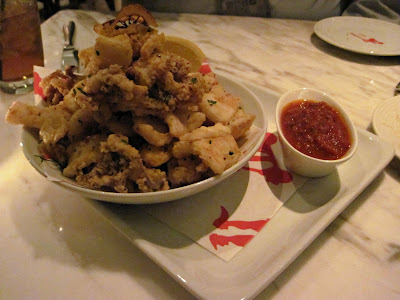 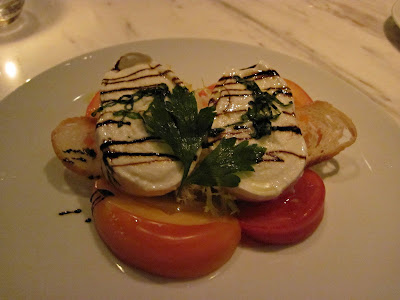 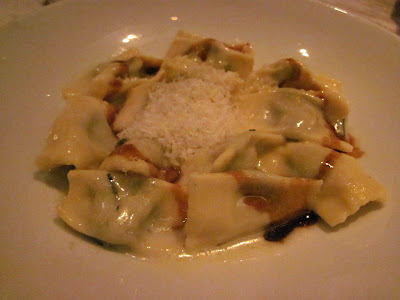 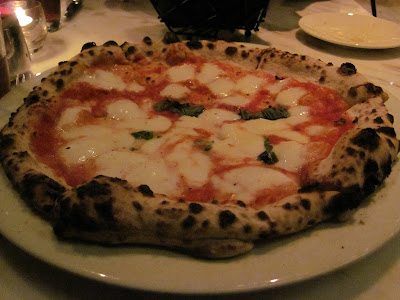 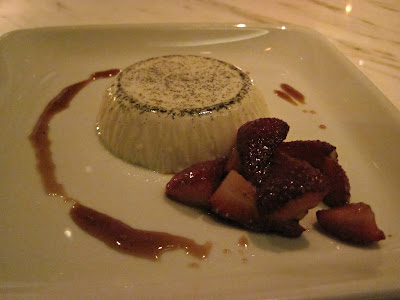 Scumptious focaccia and Italian bread with vinegar and oil got us started, and appetizers followed. The calamari was a bit tough, but it was well seasoned and lightly breaded. Had it been cooked just a bit less I think it could have been very good. The caprese was nice, the mozzarella was creamy and delicious. It was also the highlight of the pizza, which otherwise fell flat for me. I actually prefer the hidden pizza joint's slices. My fault for ordering the pizza from the pasta guy. The ravioli was fantastic. Fortunately, Frank was a dear and shared a few with me. They were rich and luscious. The panna cotta to finish was light and tasty. It was beautifully set and full of vanilla flavor. Had we skipped the pizza and calamari it would've been a perfect meal. Still, I was quite pleased and I really look forward to trying Scarpetta.