We closed out Restaurant Week 2011 with one last meal at Alize. We had 6 o'clock reservations. Getting up to Alizé was disjointed, very odd encounters with employees near the elevators. Finally, we arrived to the restaurant and we were greeted by the hostess. We had a table overlooking the north valley, a glance over my shoulder revealed the south strip. 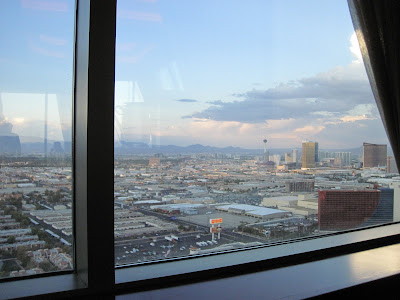 The views are stunning, clouds had gathered and I hoped we'd see a storm but none developed, but we did enjoy sunset. As for the $50.11 Restaurant Week menu they pulled the short ribs advertised and replaced it with Hanger Steak. Frank opted to order off the regular menu, I went ahead with the three courses offered by Restaurant Week.

We started with an Amuse of Tuna Ceviche 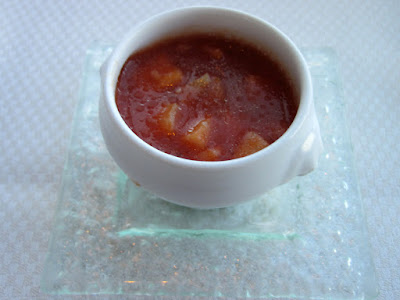 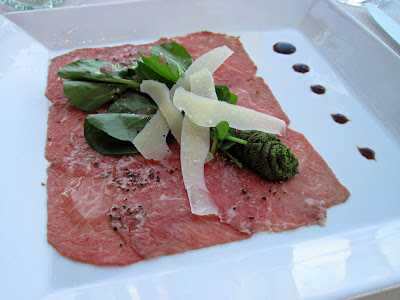 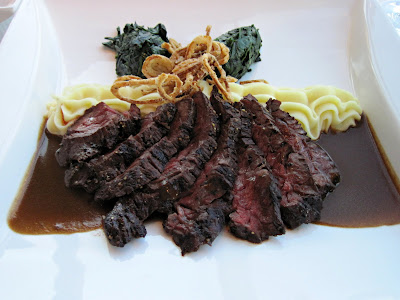 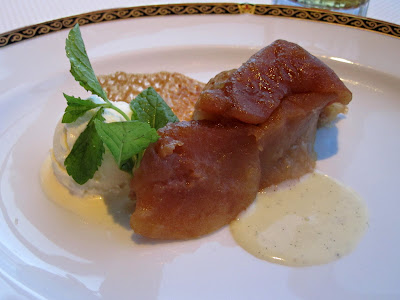 Frank had the French Onion soup and Duo of Lamb with potato napoleon. 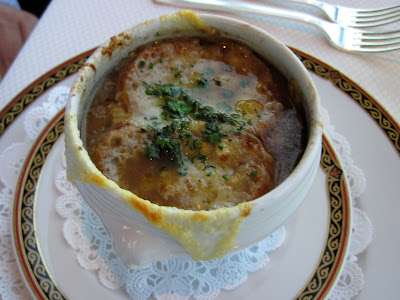 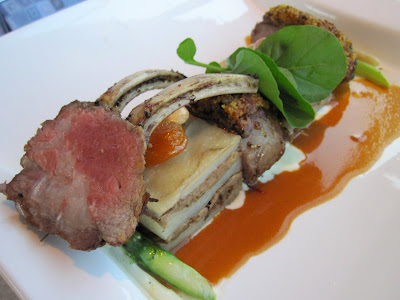 The carpaccio was delicious and prepared very similarly to the bison carpaccio at Andres, which is my ultimate favorite version. The French onion soup was enjoyable. My entree was tasty, hanger steak is my least favorite cut of beef but it was nicely executed. The duo of lamb was the better dish, but that was expected. The rack had a rich mustard crust and the braised shoulder layered with the potatoes was especially good when ran through the sauce and feta cheese. Dessert was adequate, but no part was particularily noteworthy. Honestly, it left me craving the apple cobbler from Buzz BBQ.

Alizé was enjoyable, but not nearly as memorable as I hoped. I definitely prefer Andres at Monte Carlo. However, for all the places I've dined with stellar views of the city, Alizé does offer the highest caliber of eats.