Another year is winding down. Each year flies even faster than the one before I swear. This year was all about simplifying. I think we've achieved that. I cannot wait until 2014 to begin reaping the benefits. I can tell you I don't regret downsizing from the house for even a second. I really like our apartment. Six months in, and my only real complaint is a homeowner behind our complex allows their dog to bark for hours on end.
Like most years, we've tried to travel as much as possible and enjoy yummy eats and drinks along the way. We've had great new experiences and revisited old favorites. Overall, it's been a great chapter in this journey called life.
LOCAL EATS
Best new eats - Taco y Taco
I began stalking Taco y Taco when I heard they would be serving tacos al pastor. I tried them for the first time shortly after opening and I've been hooked since. I have not had a better taco in Las Vegas. Their burritos are damn tasty too. Prices are very reasonable. Next year a second location is coming to Eastern/215.

Late to the party - Settebello
I didn't discover Settebello's greatness until this year. It's just like pizza in Italy, but it's in my backyard. 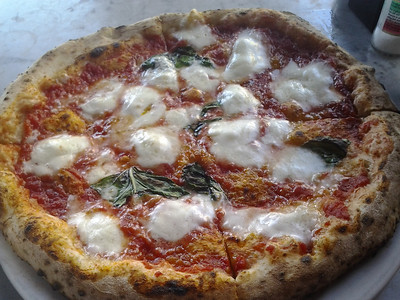 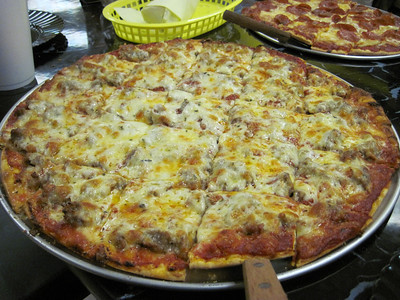 Favorite - Sage
Sage is stellar. It's as simple as that.

Greatest find - I Love Sushi
Even if I didn't like Sushi, I think this place would convince me otherwise. It's so damn good!

Most welcomed - Rollin' Smoke
Las Vegas has never been known for BBQ, but these Arkansas boys put us on the map.

Room for improvement - Fat Choy
The kitchen creates really great bites, but the service is so bad. It keeps me from returning.

Biggest surprise - BurGR
I wanted to hate anything tied to Gordon Ramsey, but BurGR blew me way. Poppers will never be the same.

Clock is running out - Circo
Circo is a delight. I will certainly miss it when it closes it doors for good early next year.

TRAVELS
Life changing - Texas BBQ
Lockhart, Texas changed the way I view BBQ. I never knew it could be so good!

Most disappointing - Vdara
I expected so much more. Yet, I didn't expect to be awakened to the nightmare that is "bed bugs".

Most relaxing - Al Cielo
This small but growing hotel is my personal paradise. There is no better way to recharge batteries.

Biggest regret - Only getting to San Diego once this year.
Yes, it's true. Devastating.

Hope to do more - Off-roading
There is never enough time to play in the desert.

ENTERTAINMENT
Best Album - The Heist, Macklemore
Best TV Show - Breaking Bad
Best Concert - Pink's Truth About Love Tour
Best Movie - Wolf of Wall Street
Wherever you are and wherever you go, I hope the new year brings you the greatest joys. See ya next year!
Posted by Kellee at 2:55 PM

All the best in 2014 Kellee - thank you again for all the time you spend with your Blog - it's a pleasure to read. I can certainly relate to the barking dog problem - with have one in our neighbourhood for over 10 years - I just don't understand - you would think the dog would figure it out that barking does not do anything - why do you continue to go "on and on and on"...UGH - oh well - take care and safe travels in 2014....CanadianGuyEh.....