"Save Me, San Francisco"

Our San Francisco trip got underway Wednesday evening. We parked at the economy lot at McCarran this time, instead of valet at MGM. The economy lot is $8/day so it's cheaper than taxis on shorter trips. There is a free shuttle from the lot to the terminal, it was convenient and timely.

Security coming and going was slow because of my boot. I had to be patted and swabbed before proceeding to the terminal. At least, TSA was consistent. Our 5:10 Southwest flight wasn't full so we were able to spread out, we even secured the first row of seats so we were the first ones off the plane when we touched down in San Francisco. We took the tram to Bart and soon we were in the heart of the city. We bought our 3 day Muni pass at the Powell Station vendor and we walked over to the cable car, we took the Hyde line and we were at our hotel fairly quick. I booked the Holiday Inn Fisherman's Wharf for $98/night on hotwire. We entered on the Columbus side of the hotel, but at check in we were told our room was actually in the Beach Building next door. We were a bit scared by what the condition of that building might be like... we've been stuck in the Manor rooms at Circus Circus so we prepared ourselves for the worst. However, other than one elevator out of order and the other one being slow, it was in good condition and the accomodations were quite comfortable.

It was 9:30 by the time we settled into our room. We only had food on our mind, it took a couple quick searches before deciding on Crab House on Pier 39. The F Street car stop is right out the door of the hotel, it was incredibly convenient. We hopped on that to take us down the wharf. The Crab House was very busy, they sat us in a side room that was later filled by a large party. We easily chose the crab dinner for two, and we started with crab cakes. 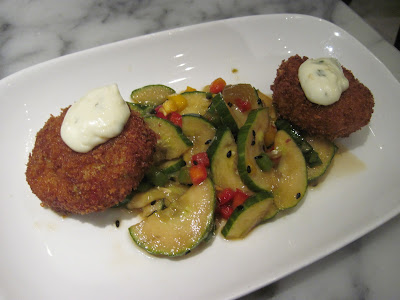 The crabcakes were crisp and full of delicious Dungeness crab. They whet our appetite for the feast that was about to ensue. 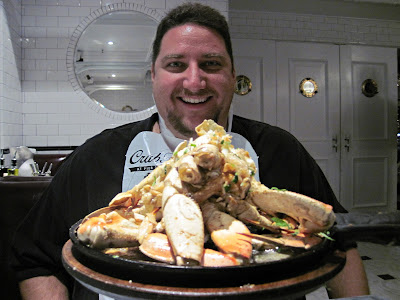 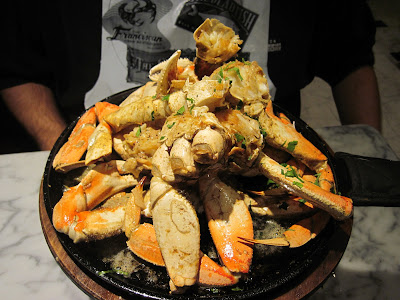 We devoured it. We were proud members of the clean plate club. 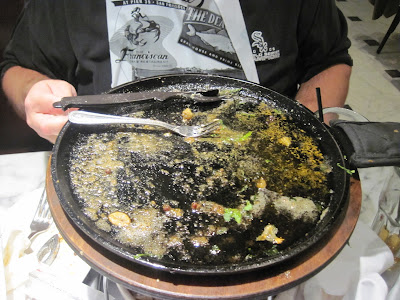 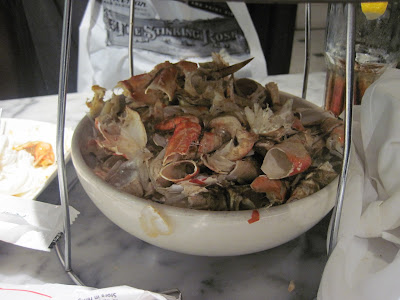 We rolled ourselves out of the Crab House, walked around the pier a bit before taking the F Streecar to the end of the line. We went to Fiddler's Green, an Irish bar, which we liked last visit. I drank Trumer Pils and Frank had couple beers that I cannot recall. We closed out our tab and walked back to the hotel. We crashed with high anticipation for the next day.
Posted by Kellee at 12:43 PM