Another Edition of Misc Monday

I didn't think I'd take so long to make it back here. I have nothing too exciting to note. We've been hanging at home anticipating our trip to San Francisco. Cannot wait. Been trying our best to stay warm, it's been unusually cold. Brrr! Also, been dreading the darkness that comes with daylight savings. Why, oh, why can't we follow Arizona's footsteps? It was completely dark at 5 o'clock yesterday. These days are only going to get shorter. Boo. C'mon December 23, mama needs her sunshine. Just gotta get past the winter solstice.

This weekend our friends came up from Oceanside, CA. The Marine Corp ball was held at Planet Hollywood. We visited a bit, and then, they dressed in their best and had their first night away from their son, James. He will be two next month, so it's been a long time coming. James was a trooper away from mom & dad, he didn't make a single fuss. I was able to keep up with him pretty well given my bum ankle. The fun had with him has me even more excited for Nicky's visit. They arrive next week, weee!

Yesterday, we had lunch at D'Amore in the Miracle Mile shops. It's a chain based in LA, we met the owner, he told us all about his grandmother's recipes and how the secret is the water. They originally trucked it in from Boston, but now it all comes from Italy. Supposedly, the pizza has won awards for best pizza and healthiest slice. Compared to pizza I've had in Los Angeles, the pizza is decent, but once we start talking the whole country. Absolutely not. Cities across the country do better NY-style slices, including Las Vegas. That said, D'Amore's grandmother has some great recipes. The eggplant involtini stuffed with spaghetti is something special. I can't say it's worth a special trip, but if you're seeking a cheap bite while at Planet Hollywood this will hit the spot.

Last week, I meant to share photos of the room my mom had at Red Rock. She redeemed a comped night there after the fiasco at the Plaza. Her and Mike both enjoyed the upgrade and the awesome views (as did I), but took a beating in the casino. Those comped rooms are never free. 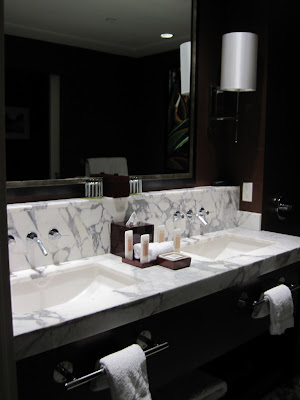 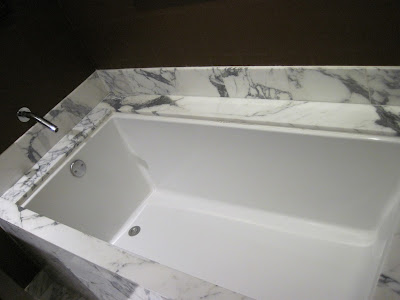 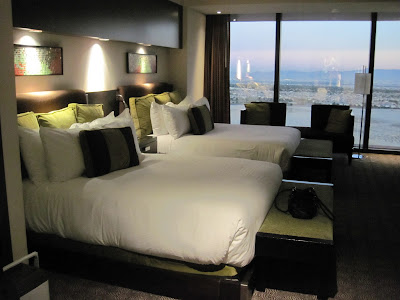 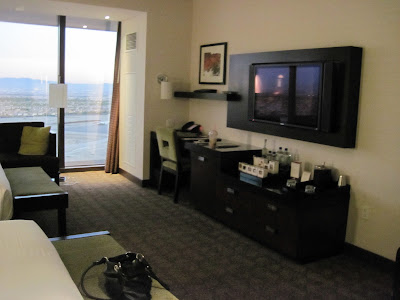 Wow, that room looks amazing. I understand the room was comped, but what would a person pay for such a room...? It has to be spendy.

I just checked the rate calendar, it shows rates as low as $95, but the average appears to be $190 over the next few months.