That Time We Picked Up Hitchhiker in Mexico

On our final day in Baja Sur, we drove from El Pescadero to San Jose del Cabo. The drive takes about 75 minutes via a toll road. Just before the toll booth there was a group outside their vehicle that flagged us down. A chinese man approached the window and spoke to us in spanish. I didn't understand more than his friend and the airport. I explained that our spanish isn't very good, he urged his friend over since she spoke english. They were headed to the airport from a city a couple hours away, and they only got as far as the toll booth due to a flat tire. She had a flight to Los Angeles in an hour and needed a ride to the airport. It was only a little out of our way so we offered to drop her off. She hurriedly said goodbye to her friends, grabbed her suit case and hopped in the backseat of our Jeep. We chatted on the way and learned she lives in LA and works as a waitress at a popular hot pot restaurant. She enjoyed her stay with friends, but thought it was very hot. They are enjoying their time working in Mexico, but miss a variety of greens and vegetables. Particularly, bok choy. However, brief, it was nice getting to know her and we were happy to help her out. We got her to the airport with minutes to spare. She told us to call next time we were in LA.

With our good deed out of the way, we were off to our planned destination which was lunch at Flora Farms. It's popular with foodies and celebrities, it gets a lot of press. Every piece I've read written about Cabo seems to mention Flora Farms. I had to go see what the fuss was about. Dinner requires reservations and they are suggested for lunch. However, we like a gamble and showed hoping to be seated. Thankfully, it wasn't a problem. They led us to a table right away. 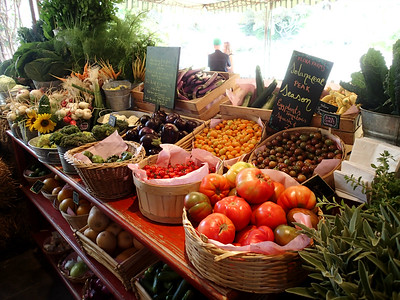 Flora Farms is more than a restaurant. It is a working ten acre organic farm. There is the farm, of course, and the restaurant. Also, there is a bar, shops and grocery onsite, along with culinary cottages living spaces (owner's have harvesting privileges), plus multiple event venues. 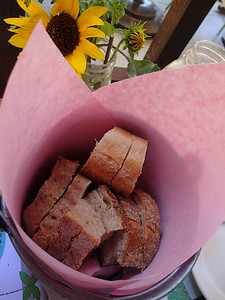 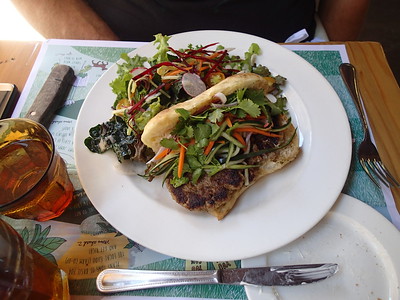 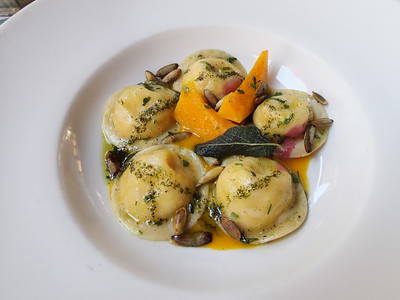 It's quite the operation, but THE BREAD. Swoon. The bread was worth the trip alone. If I could eat it all day and night, I'd die a happy woman. The menu is drool worthy. We started with housemade burrata which was just as good if not better than what we had in Italy. We followed that up with butternut squash ravioli and sausage sandwich with pickled veggies which was reminiscent of banh mi. It was a lovely lunch and I'd be happy to stay all day, but we had to return the rental and catch a flight home.

Everything went smoothly, except that Frank was denied his butane lighter at security. His cigar accessories are never a problem leaving the US, but returning they're always confiscated when we don't have checked baggage. Lesson learned. Our connection in Phoenix was a breeze, though, longer than we'd prefer. I cannot say enough good things about Global Entry. It is super convenient and it saves so much time. Well worth the money spent.

Baja gets a bad rap, but we encountered no ill will in any of our travels and we never felt threatened. Getting trapped in the sand was only concern and friendly locals came to our rescue. Despite what the media portrays, I firmly believe that in most cases trouble only finds you when you go looking for it. Sure, you can be at the wrong place at the wrong time, but freak things can happen anywhere. Don't fear the chupacabras. Go! Have an adventure and relish in the beauty.