Earlier this week, official word came that The Raiders franchise will relocate to Las Vegas. Opinions vary and much is still up in the air, but I believe having a NFL team will have a great impact for our city. Just as I'm proud of the Vegas Golden Knights. The NHL expansion paved the way for Vegas to be a professional sports city. When the Golden Knights were barely more than a dream, we believed it would happen. We put a deposit on season tickets before there was a name to call them or a home for them to play. Later, T Mobile Arena was built and most recently the official team name was announced. Together, the two, wisely put on a 24-hour Open House last month.

We had no team or coach, but we had seats! The open house allowed us to tour the arena, check out the view from our seats and gain perspective from the ice. We may have even spent time in the penalty box. It was a great introduction. I hope events like this continue, in the long run they will strengthen the bond between our community and our first professional team. I'm thrilled to be part of it from the beginning.

Fans that attended could win giveaways, took part in interactives like street hockey, corn hole and giant Jenga. Ticketing agents, and Vegas Golden Knight staff stood by to answer questions. Season tickets that were still available for purchase were identified with tags listing all the pertinent information.

Our seats are pretty far from the ice, but they offer an amazing view. T Mobile Arena was built in such a way that I truly believe there is no bad seat in the house. We'll have great vantage point for all the happenings on the ice. Our section, 217, is located right off the elevator, concessions and restrooms are nearby too. It will be super convenient! Shortly after the open house, the Vegas Golden Knights signed their first player, Duke Reid. It's really happening! We are so stoked and cannot wait until it's time to drop the puck. 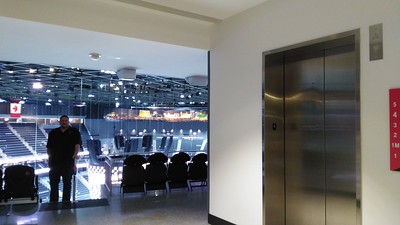 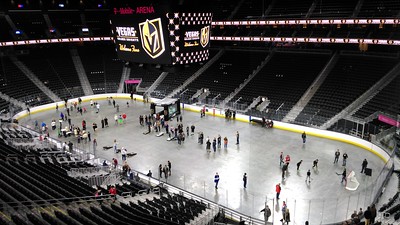 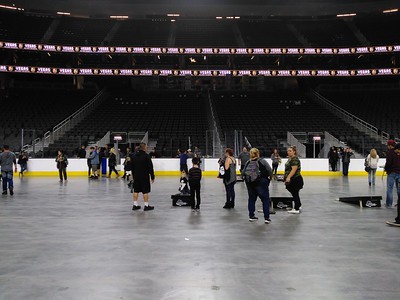