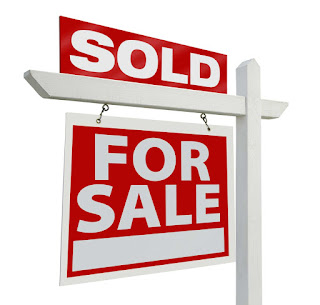 I left Chicago and returned home. It was only a day before we left for San Diego, but it was nice to have one night's rest in the comforts of my own bed. I had been away for 17 days, the longest ever from home and the most days I've missed from work. Two weeks had been the prior record when traveling to Italy and Ecuador. This Chicago trip was anything, but vacation. To say I slept very little while I was gone would be a major understatement. It's surprising I was able to function. I swear, I ran purely on adrenaline. Once I hit the ground running there was barely a break to take a breath. No joke.

"Winter is coming!" I was in real life, Game of Thrones. This condo had to sell before winter. I was concerned about the carrying costs, the risks of the unit being vacant, pipes freezing, the hot water heater leaking, the shower flooding and that just scratched the surface of my worries. After taking 10 days to flip my dad's condo, the listing agreement was executed on August 29. I wanted it on the market for Labor Day weekend, just in case eager buyers or looky-loos stayed home for the holiday. When it went live the next day, it was hard to sit back and wait. My home selling experiences have been far from the norm, and I have zero knowledge regarding IL real estate so I didn't know what to expect. It was completely out of my control, which made me anxious.

Fortunately, the first showing came the next day. When people started coming to see it, I was eager for feedback. Very few left comments, the biggest concerns were the hot water heater and the windows. We were offering a home warranty and the asking price reflected the need for window replacement and bathroom repairs. I was hopeful the right buyer would understand this. Eight days after list, I received a call from our agent; she had multiple offers. Two were serious, one would be financed and the other cash. The cash offer was enticing. It would allow a lower commission, sell as-is, and it'd be quick to close. After discussing with Mike and Amy, we countered, and I was hopeful the cash offer would go to contract. Per my lucky stars, it did the very next day. Closing was anticipated 10 days later. Wow. I was speechless.

Nothing is ever this easy. I just waited for the other shoe to drop, but no issues ever came. Illinois real estate transactions require attorneys; their coordination with the title company took longer than the suggested 10 days to close. I did everything in my power to make it happen timely, but it was scheduled for two days later. I signed power of attorney to the probate attorney's office so I didn't have to be present. That afternoon, I clung to my phone and email anticipating some sort of hiccup, but the transaction was flawless. The proceeds were overnighted the very next day.

35 days to pack, move, flip, list, sell and close. I could finally breathe.

Probate is a very public process so I've been fielding calls and mailers from all sorts of investors hungry to ease my burden. Some may be well intended; many are clearly not. I get it, it's business, but it feels so dirty to prey on the vulnerable. I take great pride when I inform them that the property has been listed and sold, the fizzle in their tone when I ask to remove me from their list thrills me. It's the little things...

CONGRATULATIONS! I'm so glad that it was a smoother transition than you had anticipated. May you have a wonderful Thanksgiving and Xmas!!