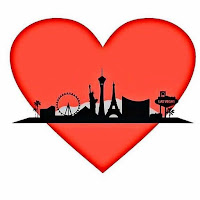 When the unthinkable happens it's hard to overcome the shock that comes from the situation. Last night was horrific as we listened to the events unfold, and today is quite somber here in Las Vegas. Frank and I were sitting in the hottub when news broke that shots were fired at the Route 91 Harvest Festival. He quickly opened his police scanner app and we heard the sirens from Henderson responding to plea for help. The severity of the situation became vastly apparent we began checking on loved ones. Frank also called his staff to be sure they were safe and secure. There was so much uncertainty of what was real and what was fake the casinos went on lockdown and shelter in place was enforced.

There were possible shooters at NYNY, Tropicana, The Park, Aria, Caesars, Paris, Harrahs and even as far as Circus Circus. Thankfully, all came back negative. A bomb was suspected at Luxor, but that was negative too. SWAT was immediately dispatched to Mandalay Bay and the property was evacuated. We could hear radio clips as teams closed in on the suspect's hotel suite on the 32nd floor. Shortly after we heard a blast and then confirmation that the suspect was dead. As details emerged and casualty count rose, I grew sick. For the next four hours we scoured videos, reached out to friends and shared information. I was so thankful that I was home and I knew my family was safe. I know far too many weren't so fortunate. The agony of the unknown still plagues them. My heart aches for everyone hurt by this attack.

I'm also incredibly proud of my city. Dispatchers on the scanner were amazingly calm and collected. First responders were on the scene quickly. Medical staff across the city sprang in action and today blood centers are overwhelmed with folks lined up ready to donate. A Go Fund Me was set up to assist the victims of this tragedy and over a million dollars has already been raised. The people of Las Vegas are volunteering their time and opening their homes, supplying food, water and battery chargers wherever needed. Cox has opened WiFi hotspots so people can connect as easily and quickly as possible. The outpouring of support shines bright during this dark, dark time.