Playin' in the Rain

Sunday, I woke up and it was nearly pitch black. I glanced at the clock and 8:24 blinked before my foggy eyes. I thought maybe it was 5:24 so I gave it another look. Nope, I saw the time right. Where's the sun? Hiding behind thick storm clouds. Yuck.

We made plans with new found friends from New York to go off-roading around 2 o'clock and then grab dinner at Casa Don Juan afterwards. They're actually friends of a friend, and we've become friendly in the last few months by discussing their plans to relocate to Las Vegas next year. They're out this week scouting neighborhoods and house hunting. When I learned that they have toys of their own, I wanted to show them fun beyond the strip. They were game.

I was worried that the rains would foil our plans. I checked radar every 15 minutes. At first, it looked like it might clear up by 2, but then it was 3 and ultimately it was 4 o'clock before the clouds began to break. Fortunately, they were troopers and we took our chances with the rain once it began to taper off. The drizzle was light so it wasn't uncomfortable. The only issue was the bugs. I've never seen swarms of bugs out in the desert before, but the cool air and rain must have brought them out. In droves. Without a windshield we served as the bug graveyard. It was really gross.

The rain was done by the time we made it to the cave trails. The clouds cleared and the sun finally peaked through about 5:30. We were able to enjoy the rest of the ride and take in the beautiful sights. 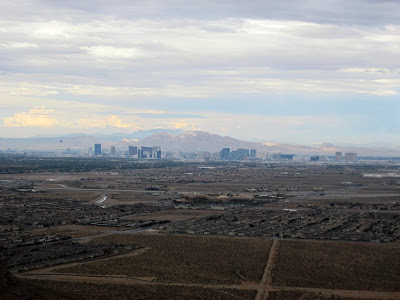 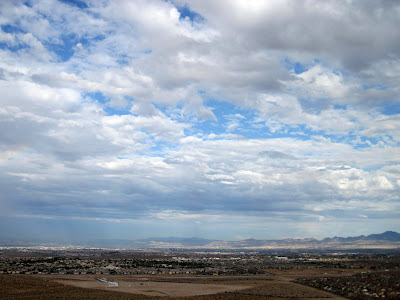 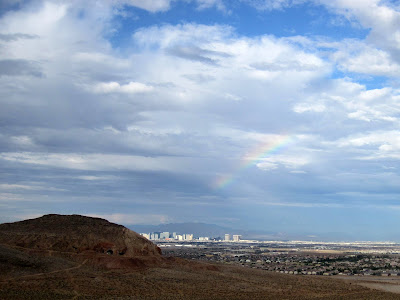 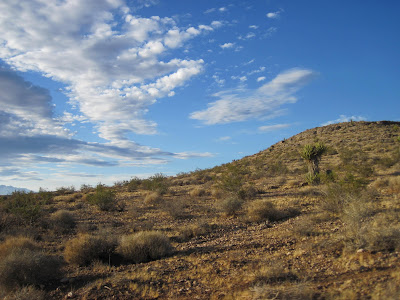 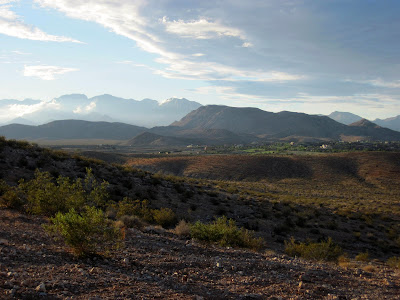 30 minutes after that last photo was taken - It's Red Rock but the red is hidden in the shadows - we were downtown at Casa Don Juan noshing chips, salsa and fresh guacamole. Yeah, Las Vegas is pretty great. I think our new friends are more eager than ever to make the move.
Posted by Kellee at 10:53 AM