Swimmin' with the Fishes

After days of gazing at the reefs, watching the waves and spotting the occasional fish. We were anxious to take a peek at the reefs. We put the goggles we bought to use. 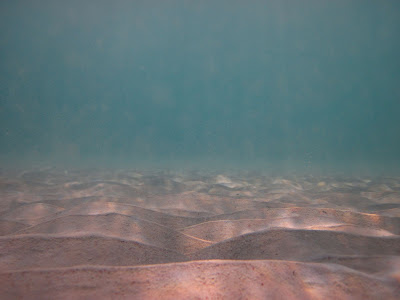 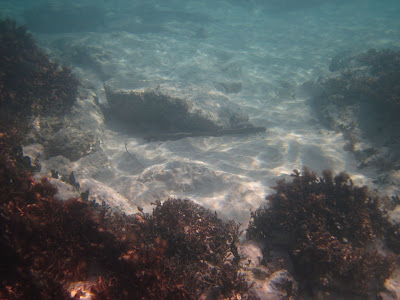 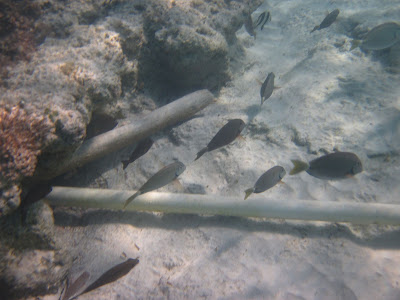 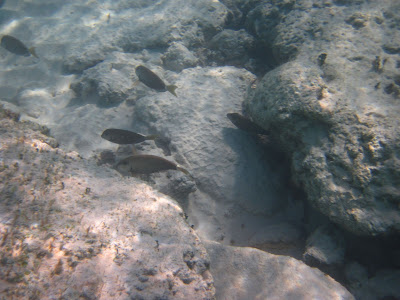 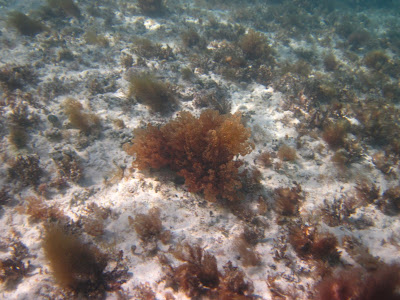 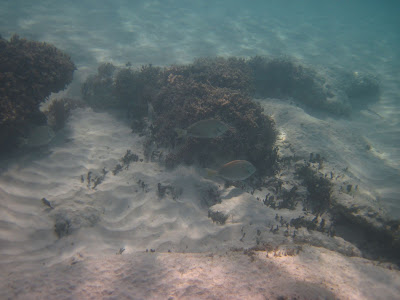 It was so neat to catch a glimpse of this world beneath the sea. We went from reef to reef until we tired. We rested in our cabana. Filled the morning and afternoon with the usual.... we had a drink and snack. And we got our daily dose of boobies. 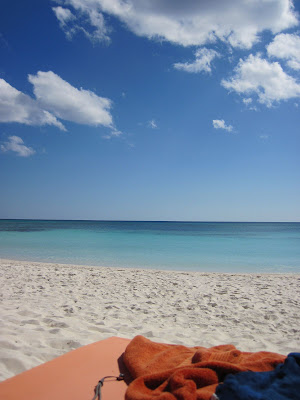 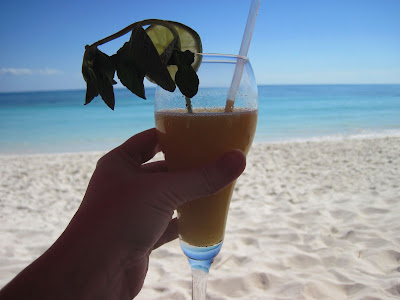 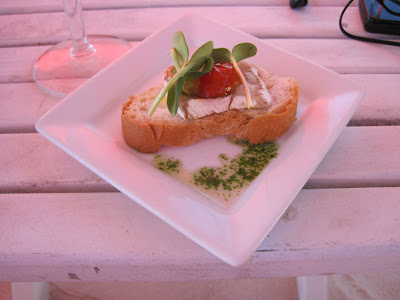 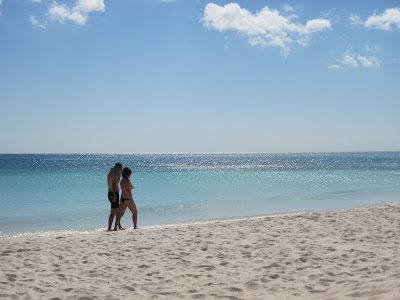 Frank caught a crab scurrying across the sand. He went to check it out. 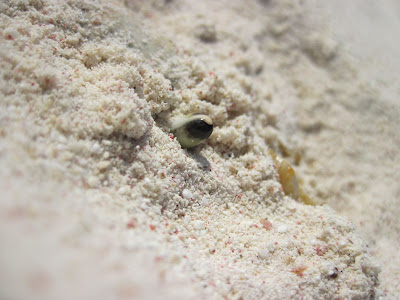 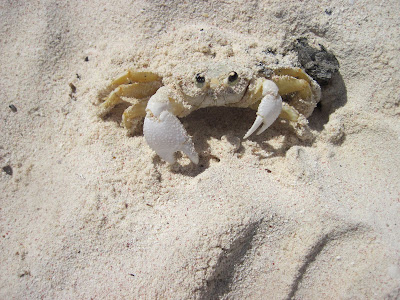 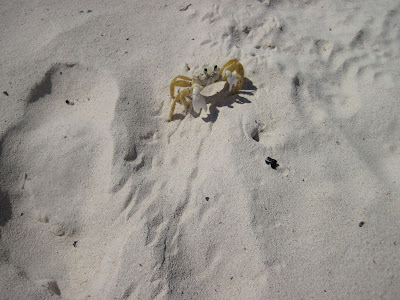 He took hilarious video, too. He uploaded it to his FB, but I can't figure out how to share. I'll have to upload to vimeo and share later.

Later that afternoon, Frank asked the hotel to borrow snorkle gear. They brought it over, and we were off to further investigate the reefs.

I've never in my life used snorkle gear. I had a HUGE learning curve. Huge. The flippers were killing my ankles because I was trying to stand. The mask was suffocating me because I kept breathing through my nose. I never even got to the mouth piece before I started hyperventilating - it was mix of laughter and terror from thinking I could not breathe. Thankfully, Frank stayed calm and walked me through each step. I figured if he could be patient with me the least I could do was try. I'm so glad I didn't give up. It was so neat to see all those fish! It was like swimming at the top of Mirage's fish tank. I used up most of my battery that morning so the photos I took only show a small bit of what we saw.

Check out the size of that conch shell. I saw another move. It was wild watching it squirm across the ocean floor. 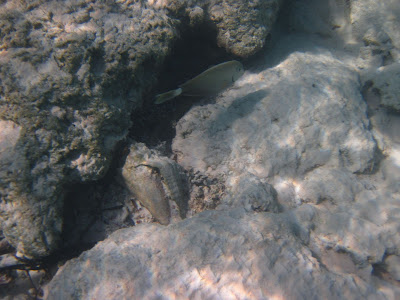 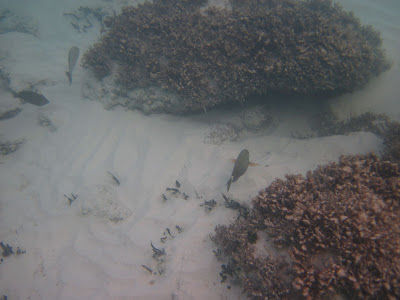 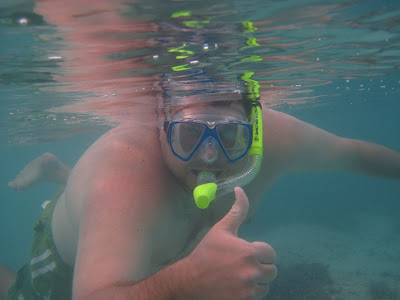 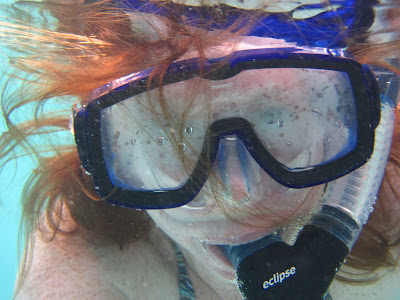 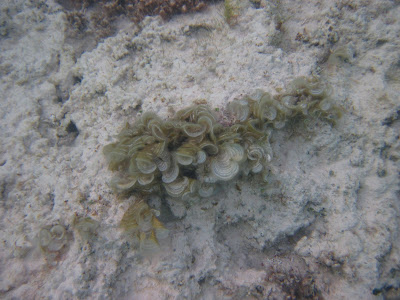 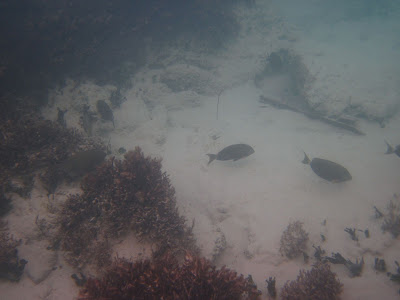 It was a really neat experience. I told Frank it's worth looking into our own gear, and I'd really like to get a wet suit type thing to protect me from the sun. There is no way my fair skin could snorkle for any length of time. As it was, I only swam early morning and late afternoon to keep sunburns at a minimum. It was only this day I was pinkish. I fared well.

We showered and headed up to Playa for dinner. We had El Fogon, again. It's cheap and damn tasty. Plus, their tacos al pastor are the best! I let Frank in on this treat, and created a monster. He's now a big fan! We also shared a plate of goodies: grilled pork chop, ham, onion, bacon, chorizo y queso, potato, guac and soup.

We were beat, and retired soon after returning to the hotel.
Posted by Kellee at 9:39 AM