Friday, we had huevos rancheros and Mexicana in addition to our fruits and yogurt. 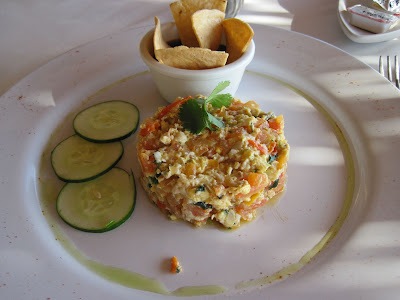 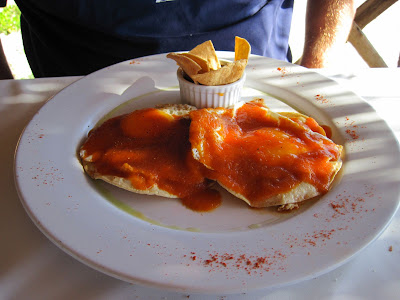 After breakfast we swam, then read and simply enjoyed the day. 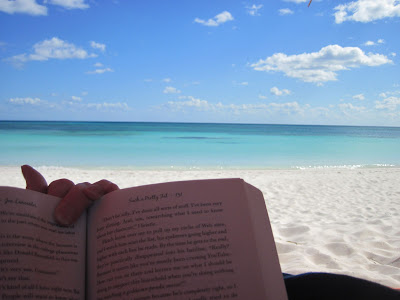 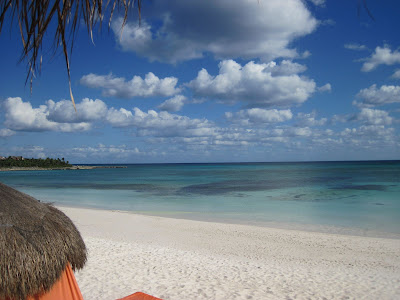 Later, a family came for photos. Their youngest was super whiney, he hated the water. When the rest of the family played, he sat on the shore and cried. It chased us away. 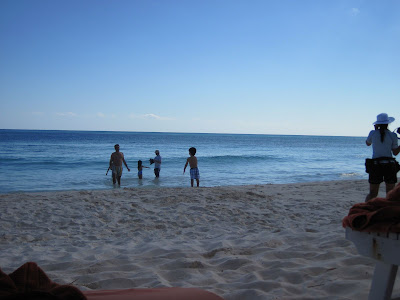 We drove to the El Centro. I needed warmer clothes. The nights were too cold, my dresses and shorts weren't cutting it. I bought sweats, and we walked the mall. The movie ads outside the theater amused me. 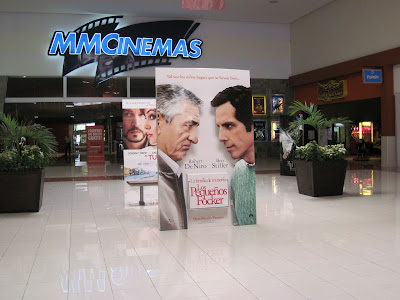 After shopping, we had a late lunch at La Cueva del Chango. We started with cream of Habanero soup, and panela. Yum! Then, Frank had shrimp tacos and I had fish with a black berry chipotle sauce. It was all excellent, except my fish. Well, the fish was good, it was the sauce I didn't like. I ordered it because I'd never seen anything like it on a menu. Guess there's a good reason why. 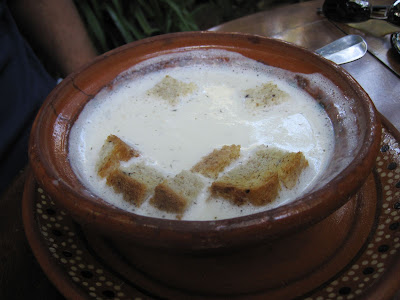 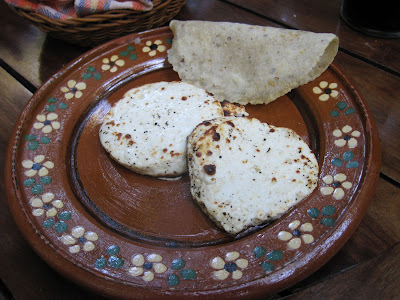 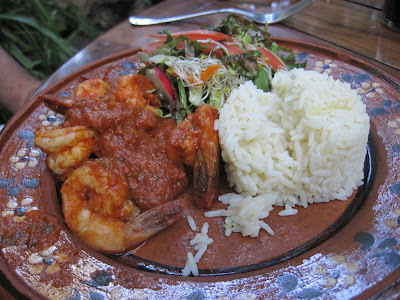 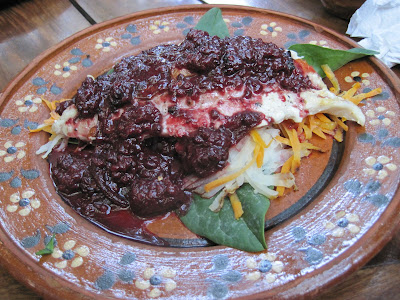 After grabbing a bite we went to Sam's Club for Modelo Especial (El Centro only had it in cans), we bought a couple twelve packs and toured the store they have lots of fun stuff there, and the candy aisle was wild. You won't find tamarind candy at Sam's in the States, among others.

Back at the hotel we got our drink on, and swayed in the hammock all night. We had pastries (we had bought earlier) for a late-night snack.
Posted by Kellee at 11:06 AM