Breaking up with Charlie Palmer

So, the football game last night nearly gave me a heart attack, the Eagles were so sloppy, but Vick pulled it off. I won! I was one happy girl. I still have my 1st place lead in Pick'em, too. All is looking good. 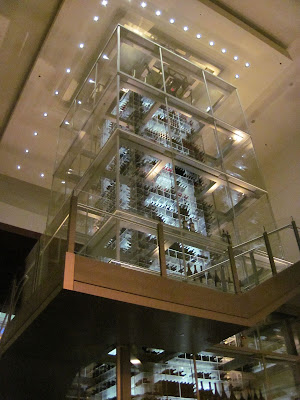 Bob toyed with the wine list first. Now that iPads are so popular their tablet hardly seems as advanced. Still, it's fun to search through all the options. Although, it's WAY overwhelming. We ended up speaking to the sommelier to make our selections. We ordered by the glass so we each had our pick. Frank had Ridge York Creek Zinfandel 2007, Bob chose the Ferrer Malbec and I had a Saar Reisling. We were all satisfied with our selections. We placed our order and noshed on bread while we waited for our first course. We had the choice of multi-grain, pretzel, foccacia and french. The latter two were the tastiest. 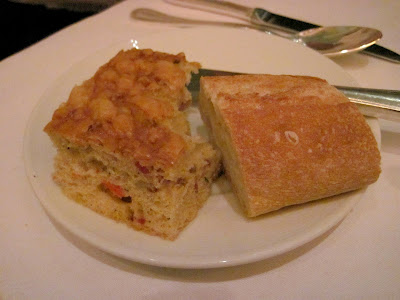 Bob chose the Market Menu ($65) and Frank and I ordered a la carte. Bob was started with clam chowder, Frank had onion soup and it was the pear tart with duck proscuitto for me. All three whet our appetite and we were ready for more. 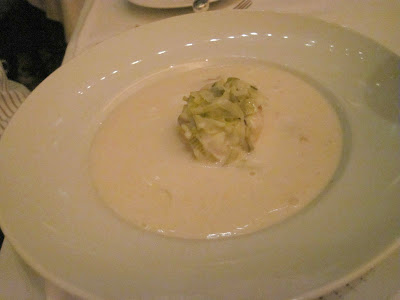 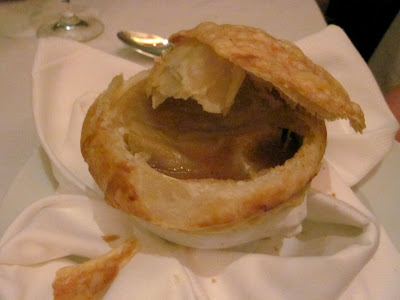 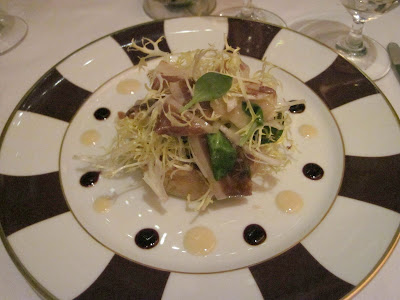 Then for the main course Bob had Waygu skirt steak, Frank chose the rack of lamb and I went with scallops. The steak had fantastic flavor, but it was very chewy, likely due to the cut of meat. As good as the flavor was I couldn't help but think it was like beef flavored bubble gum -- tasty while you chew, but you don't want to swallow it. My scallops were huge and nicely prepared, but the vanilla apple compote was simply too sweet for my liking. The star of the meal was Frank's lamb. Rich and meaty, just plain delicious. I also ordered ratatouille for us to share. It was very good. 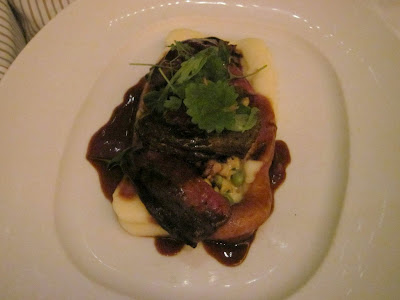 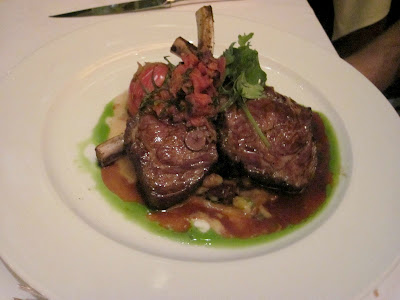 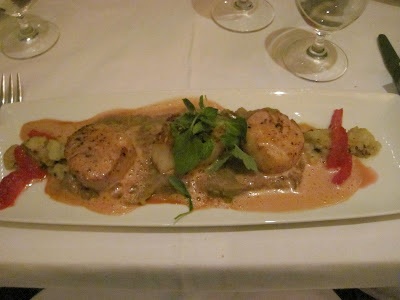 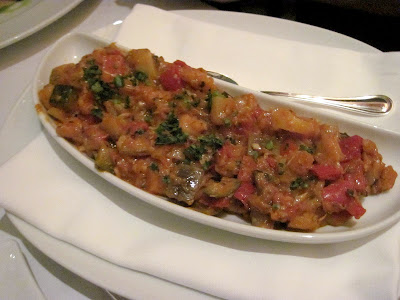 Frank and I passed on dessert, but Bob enjoyed maple bread pudding with coconut ice cream. 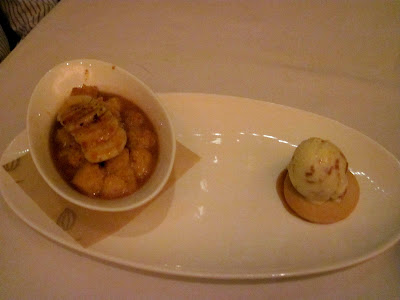 We used my $50 restaurant.com, the final tab, including tip was $285. It wasn't worth it. I was far less impressed with Aureole this time around. It's doubtful I'd give it another chance. There are just too many other tastier meals to be had, especially at this price point.
Posted by Kellee at 2:13 PM