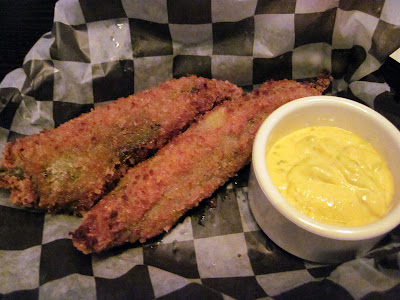 Next, came our entrees the Big Bossman salad and the Bloomin' Onion burger. The burger is topped with cheese and fried, and then served with grilled onions, tomato and bacon. It was dry, dry, dry. How can that be? After the peppers the grease was too much to bear so Frank and I switched a few bites in. The salad was wilted. It seemed like a bowl of mush. I was not a fan. Frank also asked for their house cornbread muffins. The texture was off, but the flavor was decent, I liked addition of diced jalapeno. They were the highlight of the meal. 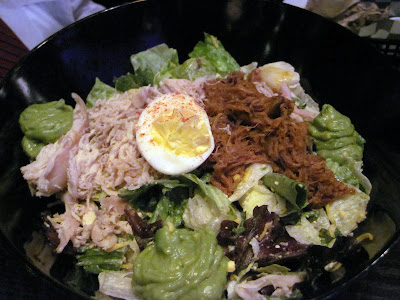 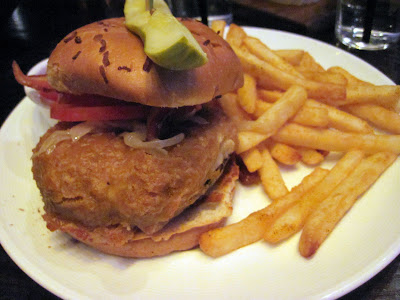 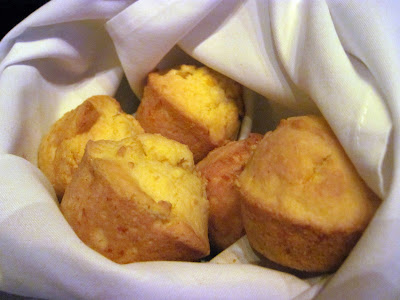 Service was average, an overall the place had an odd vibe. Frank said it best when he mentioned the place has an identity crisis. It's a great place to watch games, lots of great TVs, but stick to drinks because the food is weak. PBR makes you think country, but much of the music was rock. I suppose it is a rock bar, but then they threw in pop like Katy Perry. Not sure how that fits. Yep, an identity crisis.
Posted by Kellee at 10:02 AM