In an earlier post, I mentioned my un-awesome start to my awesome weekend. Let me explain. Months ago, I was contacted by Esquire Magazine. They were interested in photos I had taken at Julian Serrano. I was flattered and very excited at the notion that one of my photos would be published in a major publication. Later, it was confirmed. All the arrangements were set. I just had to wait until the November issue was released.

Leading up to the release, Esquire got a lot of buzz over the November issue. The cover featured the Sexiest Woman, and the next day the top 20 new restaurants was released. Julian Serrano was among them. I was elated. I could not wait to get my hands on the issue.

Friday, my sister spotted it before I did. She called me with much excitement, "I have it!! I have your magazine". She thumbed to the page about Julian Serrano. Only my photo was not there. I told her to check the credits, nada. I didn't make it. Talk about going from a serious high to low. I was disappointed. I had no idea my photo was cut. I had so many people that were excited for me. It pained me that I'd have to share the news.

My excitement officially fizzled when I got my hands on a copy. Top 20 new restaurants, and Julian Serrano only had a short blurb in the margin. Mario Batali's mug took up much of the page. It was clear, this was not my chance. It was not my magazine, just a tale of how I was nearly published in Esquire Magazine. 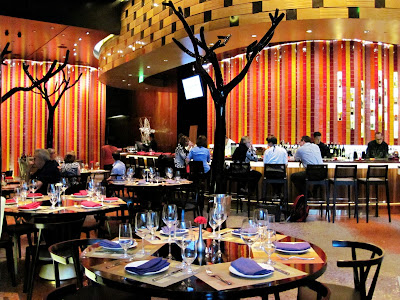 well that sucks. i'd much rather see your photo than Batali's fat face.