We had 7:00 reservations at RM Seafood. The restaurant used to be set up for two levels, the lower was casual and the upper was fine dining. Once the economy turned the restaurant could only support the lower casual level, it was still that way on our visit. We were seated between a family with two young boys and two nicely dressed ladies, the rest of the dining room was just as varied. There were far more families there than I would expect. One sat on the patio, and their boys were playing in the main restaurant it was a huge distraction. Anyway, onto the meal...

We came in for the Restaurant Week menu, but they also have a prix-fixe menu for $55. Frank opted to go with that so we could sample a wider variety.

We started with a crab california roll and clam chowder. The sushi was dry as can be. Not too pleasant. I've come to the conclusion I'm not a fan of clam chowder. This version was decent, but some of the clams were so chewy they were inedible. 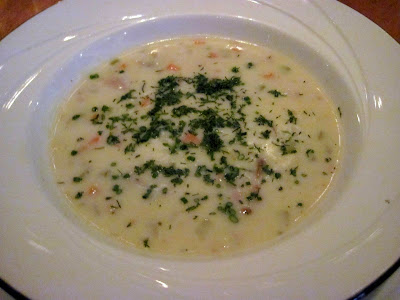 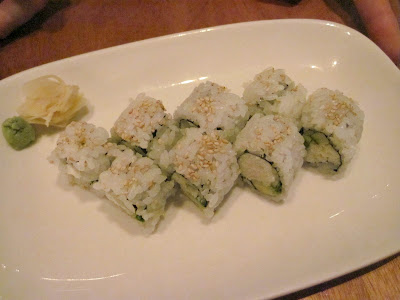 Usually you are started with a bread basket, but ours didn't make it to the table until we were mid-way through our appetizers. I wasn't particularly fond of the biscuits or the cornbread, but the latter was better. 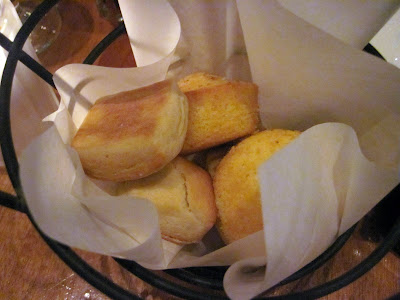 Moving on to the entrees, Frank had RM's version of Cioppino. It had a thin broth and pasta that was undercooked, and the seafood was all overcooked. It was not a successful dish on any account. I had diver sea scallops with sweet and sour eggplant topped with crispy soben noodles. The scallops were a little chewier than I'd like, but otherwise it was a fine dish. It just wasn't my preferred preparation. 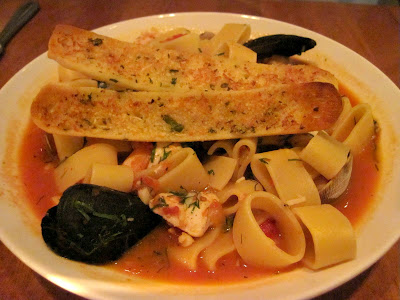 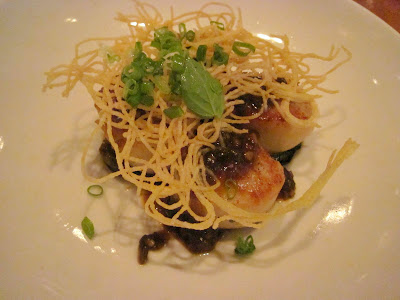 Things got interesting once dessert rolled around. My strawberry cream puff was terrible. Quite possibly the driest one to ever pass my lips, I couldn't eat it. I picked out the strawberries and enjoyed the sorbet. Frank had the Fat Elvis, which were warm chocolate bacon banana spring rolls. They were tasty, surprisingly the gooey chocolate and smoked bacon went well together. It was a tasty sweet and salty bite. 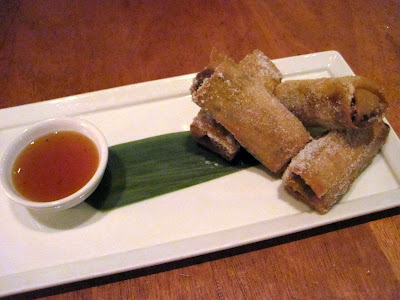 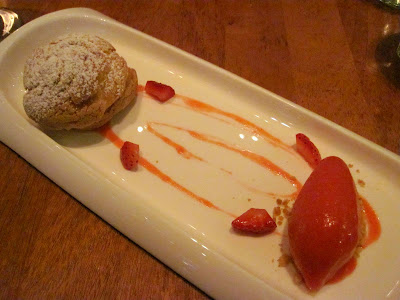 Service was acceptable, we had a few mishaps in terms of timing and missing utensils, but troubles were quickly corrected.

Three for three, we've failed to be impressed so far this Restaurant Week. I'm hopeful we got the not-so-great eggs out of the way early and it'll be great eats from here out.